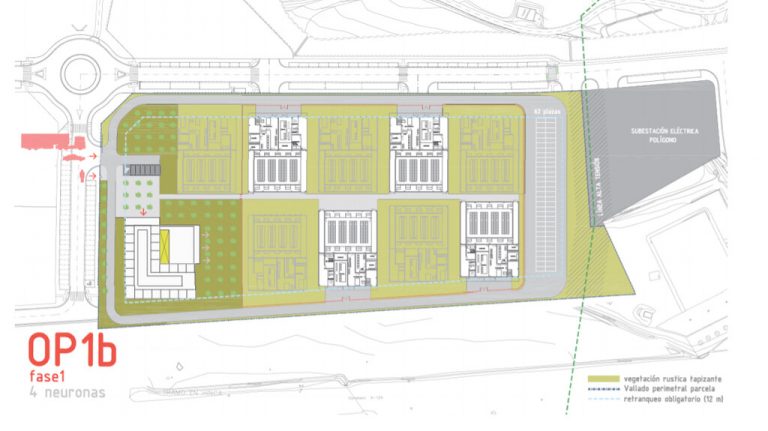 In Spain, an ambitious project around AI is tending to take shape. A group of private investors, led by the owners of the Basque teleoperator Dialoga Group, wants to build a European center for AI in the province of Alava in the Spanish Basque Country. The aim is thus to help European AI experts by offering them quality infrastructure in several sectors where AI is exploited and to be able to compete with specialists from technology giants like Amazon, Microsoft or Google.

As part of a Spanish project, a Brain Mirroring Center (BMC) building is expected to be built. These training facilities will consist of a modular building that will be progressively equipped with servers, GPUs and network peripherals so that future trainees will have the right equipment to train.

A total of nine modules are planned, four of which will be built during the first phase. Each module will be configured as independent workspaces and will be specific to a sector where AI is applied on a daily basis: health, finance, commerce, telecommunications, etc. Each room is expected to be approximately 90 meters long and 15 meters wide, with areas ranging from 1,100 to 1,400m2.

In order to build this training centre, Dialoga Group called on the company Aeternal Mentis and injected around 18 million euros, which was used to purchase a 13,000m2 plot of land in Laguardia, in the Basque Country. Below you can see the plan of the first phase of the project:

A future AI center operational for the first half of 2022

The promoters of the project explained the establishment of their initiative by “significant infrastructure deficiencies in training, processing and emulation of AI tools” unlike what may exist in North America. They want to “fill this gap in the sector in Europe” and become “the European alternative to the big North American operators”.

They will provide several services such as renting facilities for training AI tools or providing consultancy. Specific contracts can be concluded to use the premises for the development of a specific model or there will be flat rates for a more regular use of the infrastructure. Advice will be offered on model generation and implementation, possible improvements, maintenance or the introduction of new rules. The services will be adapted according to the clients’ requests.

For this first phase, Aeternal Mentis plans to hire about 150 scientists. They hope to have the first four modules operational by the first half of 2022.