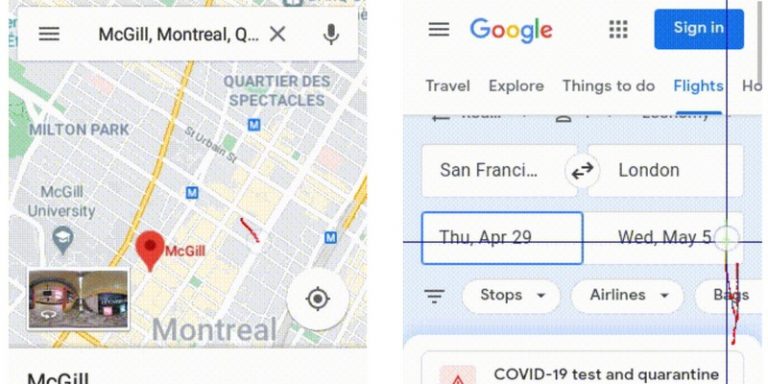 DeepMind, Google’s artificial intelligence subsidiary, has announced the development of its new AndroidEnvtool, an open source reinforcement learning (RL) platform for the Android ecosystem. It allows RL models to interact with a wide variety of applications and services that Android users use on a daily basis thanks to an adapted interface.

A tool for reinforcement learning algorithms

The agents interact with the applications by using the applications as humans would: tapping, finger swiping are simulated. They can also take into account the actions performed by the user

The agents generated by this tool can be tasked with performing several tasks such as finding a route, booking a flight, searching on a search engine, beating a record in a video game or passing a slightly recalcitrant level. According to DeepMind AndroidEnv would be the forerunner of AI models to help users perform tasks automatically:

Currently, there are about 100 tasks running for about 30 apps that AI researchers can try. But DeepMind has developed this open source platform as a Python library designed to provide a flexible tool that can define custom tasks on Android. This allows researchers to easily create a wide variety of tasks.

The tool can have very practical applications, such as automating functional tests for application developers.

Impact: Towards smartphones that are closer to real personal assistants

This research will probably make the Android assistant closer to a real personal assistant. Reinforcement learning is very appropriate, since it will allow each assistant to learn from its interactions with us, and with applications, in order to adapt to the habits and practices of each user.

The choice of simulating a user interaction rather than working through APIs (Application Programming Interface) with the different applications, a usual practice in software programming, is naturally explained by an ambition of universal compatibility with all Android applications: DeepMind’s goal is not to make these applications more intelligent, but to create an AI capable of manipulating smartphone applications, which makes all the difference.