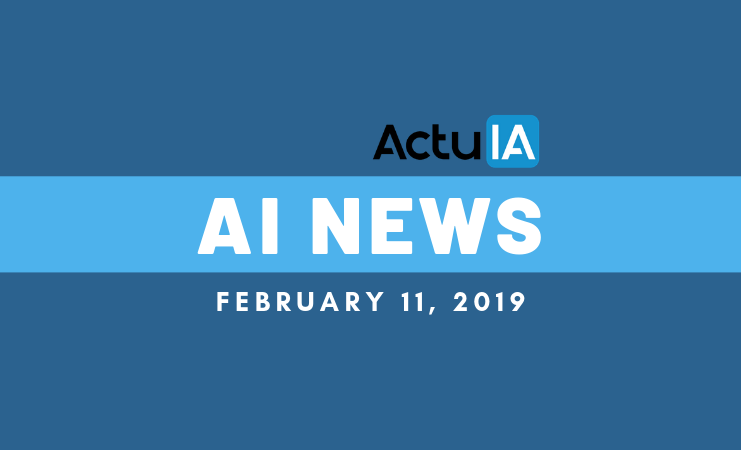 Within this new Chair, research will be conducted along four main lines:

Partnership on Autonomous vehicles between CNES and VEDECOM

Jean-Yves Le Gall, President of CNES (National Center for Space Studies) and Rémi Bastien, President of VEDECOM, signed a partnership agreement in January. Their ambition is to synergize the missions and skills of the two organizations.

“THE autonomous vehicle is undoubtedly one of the main challenges in the years to come and in this context, CNES is proud to sign this partnership agreement with VEDECOM. CNES is pursuing its strategy of alliance with major players to develop the use of space solutions to respond to societal issues, with a view to overall national economic development. “

French Government will use artificial intelligence to control public spending.

This February 5, 2019 was published in the Official Journal the Order of January 29, 2019 on the creation of an automated predictive analysis treatment relating to the control of state expenditure.

Artificial intelligence is one of the major projects of the strategic contract of the “Industries and Technologies of Health” sector.

This 4 February was signed the Strategic Contract of the sector “Industries and Technologies of Health”. Four major projects were identified, including artificial intelligence and the creation of the “Health Data Hub” to promote precision medicine and set up a world-class ecosystem.

In July 2018, the French government launched a call for applications to designate the competitiveness clusters for the period 2019-2022. On February 5th, the Prime Minister presented the 56 poles labeled for phase 4 (2019-2022).

48 competitiveness clusters are labeled for a four-year period:

The Systematic Paris-Region competitiveness cluster, approved by the French State following the call for applications for phase IV of the clusters, is being reinforced in order to accelerate its international reach.

Inria Foundation and the MSDAVENIR Endowment Fund of the MSD France Pharmaceutical Laboratory announce the signing of a partnership to support a research project in the area of non-small cell lung cancer for 900,000 €.

Researchers propose an algorithm for adjusting chemotherapy dosages. The results of the research conducted by Adrien Coulet, Nicolas Jay (University of Lorraine, Inria, LORIA), Michel Dumontier (University of Maastricht) in collaboration with the Medical Evaluation and Information Service of the University Hospital of Nancy and Stanford University highlight the effectiveness of artificial intelligence in adjusting the dosage of drugs to patients.
researchers were able to predict the necessary adjustments with reliability (AUC) ranging from 0.70 to 0.95 for 23 drugs of 22 classes. The prediction proved effective from the first prescription.

Snips laureate of the French Tech Business Award 2019 in Japan

Watch our interview in English