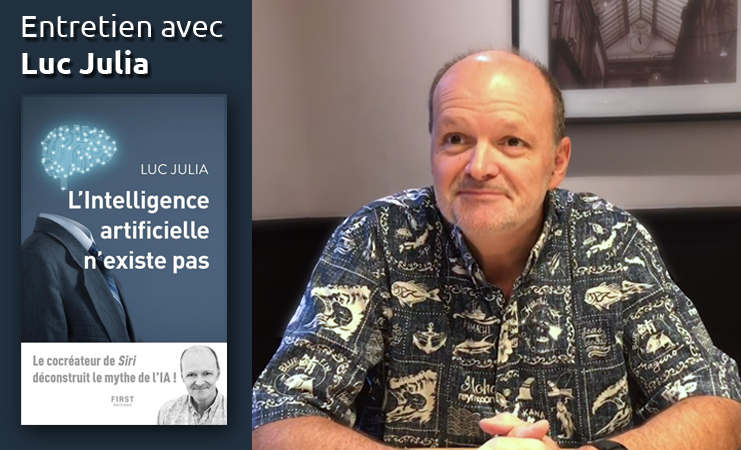 Luc Julia, co-creator of Siri and VP of Innovation at Samsung has just published a book titled “L’intelligence artificielle n’existe pas”, meaning “Artificial intelligence doesn’t exist”. We met him in order to learn more about his point of view.

Even for people with knowledge in AI, this book is really interesting because we can learn more about the story behind Siri and a lot of other innovations Luc Julia worked on from his childhood bedroom to his current position in Samsung. He also depicts his vision of years 2030 and 2040.

“L’intelligence artificielle n’existe pas”, is only available in French at the moment, it can be purchased in stores, on Amazon and Kindle.

Read a weekly summary of our French AI Ecosystem News on :
https://www.actuia.com/english/