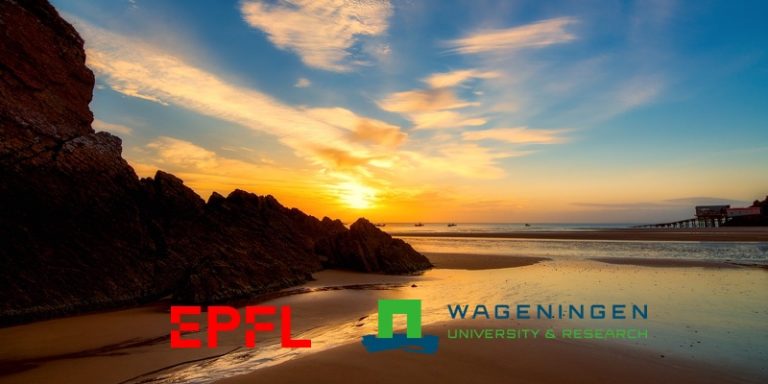 Evaluating and quantifying the beauty of a landscape, an ecosystem and its effects on a person’s well-being has become a central issue for public authorities. With this in mind, scientists from the École Polytechnique Fédérale de Lausanne (EPFL) in Switzerland and Wageningen University in the Netherlands have developed a new indicator based on deep learning and several million photos posted on the social network Flickr. An article was recently published in Nature Scientific Reports.

When we walk in nature, whether in the mountains, in a forest or by the sea, we feel things, a certain well-being. Numerous studies have highlighted the benefits of such activities for our health, both physical and mental. As the EPFL states in its press release, “this well-being is one of the parameters described in the ecosystem services (ES), a set of guidelines aimed at quantifying the contributions of nature to the well-being of the population. The ES make it possible to support certain environmental preservation policies.

To assess and quantify the beauty of landscapes, researchers from EPFL and Wageningen University in the Netherlands designed an artificial intelligence (AI) system that processed nearly 9 million photos of English landscapes posted on Flickr. As part of their research, the team trained their deep learning system on Scenic-Or-Not, an English survey of more than 200,000 photos covering the whole of Great Britain, and evaluated them for beauty via a participatory platform. In doing so, the researchers obtained an evaluation “more personal than the criteria traditionally used in large surveys of this kind” and were able to apply this deep learning algorithm to the photo base comprising more than 9 million images of landscapes posted on the social network Flickr.

The results of the study were then compiled into a map showing areas of color according to their visual attractiveness. In both models, the Snowdonia National Park in Wales, the Lake District in England and the Highlands in Scotland were highlighted for their beauty, wonder and well-being.

“At a resolution of 5 km2, the results are similar,” says Devis Tuia, a professor at EPFL’s Laboratory of Computational Science for the Environment and Earth Observation. The more urban areas with less scenic quality, such as London and Glasgow, are also clearly distinct.

Predictions are more nuanced and accurate in this new model when moving to a 500m2 resolution. Areas that were perceived as scenic in the previous model have been perceived as unsuitable for relaxation by the new model. For example in Greater London, Richmond Park and Heathrow Airport.

An analysis of human-environment interactions

Changes in aesthetic pleasure can therefore be assessed using deep learning and social networks. The researchers also looked at several of Britain’s most famous natural areas such as the Lake Districts, the Pembrokeshire coast in Wales and the Cairngorms in Scotland and determined that “the criteria highlighted by their system change over the seasons. The attribute ‘snow’, for example, is found to be consistent with the corresponding weather reports. A peak can be seen in the winter of 2009/2010 which was particularly white. It is even possible to see how this criterion becomes more important during weekends, when people are more likely to visit snowy landscapes, while the prevalence of ‘asphalt’ remains relatively constant throughout the week.” Devis Tuia states:

“This shows that using social network-based data provides a combination of information about the state of the environment and how people interact with it. This has never before been achieved with this degree of accuracy.

For Ilan Havinga, PhD student at Wageningen University, who participated in this study:

“Measuring the aesthetic contributions of landscapes to people’s well-being on a large scale is a challenging task. This research provides a technological basis for modelling people’s aesthetic enjoyment of the landscape, while incorporating the most important element: people themselves.

The EPFL also points out that this model could be replicated in other countries, provided that “ways are found to train the artificial intelligence to match local criteriaas closely as possible. Projects are already underway in the Netherlands, Spain and other European countries, in order to support natural capital preservation policies in Europe.