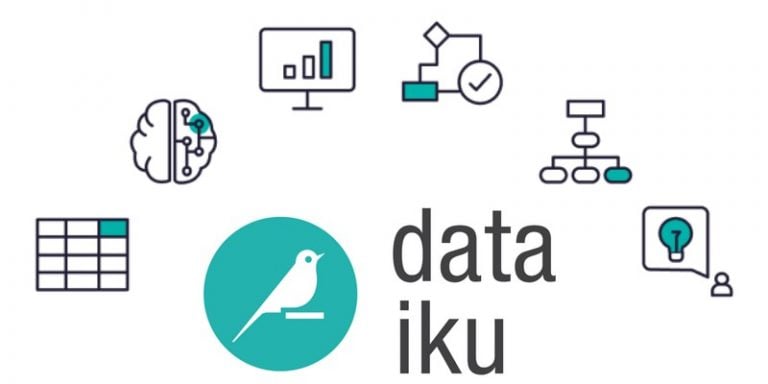 Dataiku, whose cloud and big data solutionis available on Azure, Microsoft’s market space, has announced that it has raised $400 million from investment fund Tiger Global. With this new financing, the French unicorn is now valued at 4.6 billion dollars. Its objective: to strengthen the use of data and artificial intelligence in companies thanks to tools to optimize the supply chain, detect fraud or implement predictive maintenance.

Dataiku, the French start-up that wants to implement AI and data in all companies

Dataiku is a French start-up founded in 2013 in Paris by Florian Doutteau, current CEO, Clément Stenac, Thomas Cabrol and Marc Betty. After joining the Agoranov incubator barely a year after its creation, the company raised nearly three million euros in 2015 from the investment funds Serena Capital and Alven Capital and expanded to the United States to set up its headquarters in New York. After that, the firm increased its fundraising and saw the entry of Google in its capital, via its growth fund CapitalG. At that time, Dataiku was valued at 1.4 billion dollars and became a unicorn.

Much of the start-up’s work revolves around its cloud and big data software Dataiku Data Science Studio. With its tools, Dataiku wants to democratize the uses of data science and access to artificial intelligence in the enterprise. Thus, with its platform, employees of various companies can access these technologies and support data scientists in their efforts. Florian Doutteau states that:

“Companies that use Dataiku elevate and arm their employees, whether they are technical and work in code or whether they are commercial and with little or no code skills, with capabilities so they can make better day-to-day decisions with data.”

Dataiku announced in early August that it had raised $400 million in a Series E round led by investment fund Tiger Global and with participation from historical investors such as Iconiq Growth, CapitalG, FirstMark Capital, Battery Ventures, Snowflake Ventures and Dawn Capital. Florian Doutteau states:

“This new round of funding reinforces the idea that we have been advocating since the beginning that AI applied to every business process in the daily life of employees is undoubtedly the future, we are looking forward to helping other companies take advantage of these benefits.”

“We see every day how implementing an enterprise AI-based strategy has a major positive impact for companies of all sizes and in all industries. Dataiku, with the power of its technology and the talent of its teams, is very well positioned to help companies realize this potential. By strengthening our investments, we are pleased to participate in their effort to systematize the use of data and AI on a very large scale, for more customers, large groups as well as small and medium-sized companies and internationally.”

This new funding should allow the company to accelerate its talent recruitment and pursue its main objective of systematizing the use of data and AI in businesses.