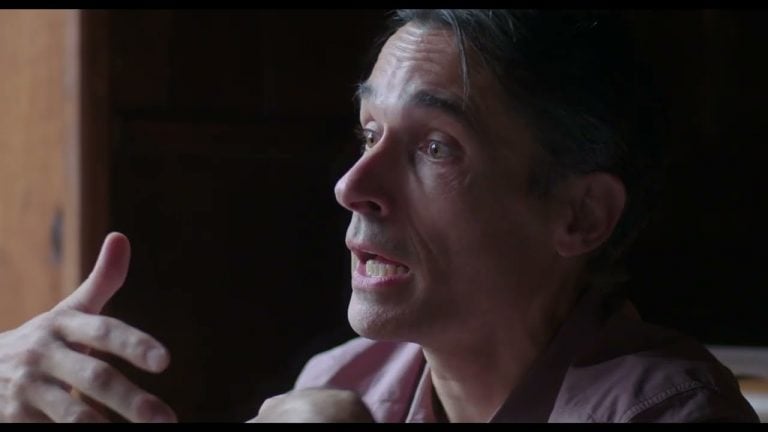 From March 14 to 20, “Brain Week” took place, an event coordinated by the Society for Neuroscience under the patronage of Mrs. Frédérique Vidal, Minister of Higher Education, Research and Innovation. Itis in this context that Jean-Stéphane Bron’s documentary film “Five News from the Brain” was presented on March 14 in Montpellier.

Born in Lausanne in 1969, Jean-Stéphane Bron is a graduate of the Ecole cantonale d’art de Lausanne (ECAL). In 1997, he directed Connu de nos services, then in 1999 La bonne conduite, nominated for the Prix Europa for best TV documentary, and Mais im Bundeshuus / Le génie helvétique, which won the Swiss Film Prize in 2004. His documentary films have been distinguished in Europe and the United States, including the Original Vision Award from New York Time.

His fourth feature film, Cleveland vs. Wall Street, about the subprime crisis, was presented at the 2010 Cannes Film Festival as part of the Directors’ Fortnight. The Blocher Experience, in 2013, dedicated to the national-populist leader Christoph Blocher, triggered a heated controversy. Released in 2017, The Opera told from the inside the workings of the Parisian opera and dance institution.

Five short stories from the brain

The starting point of Five News from the Brain, released in theaters on March 16, is a discussion by Jean-Stéphane Bron with Alexandre Poujet, professor of computational neuroscience at the University of Geneva, on the future of the biological brain.

Jean-Stéphane Bron explores the frontiers between human intelligence and AI, the possibility of replicating the human brain, of reproducing its emotions, with consciousness as a common thread. Will the artificial brain be superior to the human brain? Is intelligence a human trait?

When Alexandre Poujet spoke to the filmmaker about his son, an AI student at Oxford, the latter decided to approach science through dialogue and questioning, which was the matrix of these 5 short stories.

The film begins with a dialogue between Alexandre Pouget, who is convinced that intelligence and consciousness can be replicated on artificial systems, and his son Hadrien, a young AI researcher at Oxford, who fears that the evolution of AI is no longer under control. Professor Pouget believes that the use of machines to develop humans is part of the evolution of man, called to become something else:

“Humanity is doomed to disappear. It will be exceeded and replaced by the machines. It is inescapable.”

In Seattle, Christof Koch, an American neuroscientist and researcher at the Allen Institute for Brain Science, the private laboratory of Microsoft co-founder Paul Allen, is trying to unravel the mystery of consciousness, as his dog is about to die. His research focuses on the claustrum, a layer of gray matter in the brain that coordinates all our sensations and is the center of our consciousness.

Between Munich and Venice, thanks to brain-machine interfaces, Niels Birbaumer comes into contact with the consciousness of patients suffering from locked-in syndrome (a neurological state where the patient sees, hears and understands but cannot speak or move). With the help of electrodes placed on the skull and a letter recognition program, the professor of the Wyss Center for Bio and Neuroengineering (Biotech Campus in Geneva) has managed to communicate with these patients. He is now working on perfecting these interfaces so that they can communicate more quickly.

In Geneva, David Rudrauf, a young researcher who is about to become a father, dreams of breathing life into machines by developing an artificial consciousness that would allow them to explore new things autonomously. Professor Rudrauf embodies a transhumanist position: he believes that the human race is doomed to disappear. Therefore, it is necessary to “sow a seed”, to leave something of this humanity, so that it survives us, either in the form of intelligent robots and independent from us.

Still in Switzerland, Aude Billard, who works on human-robot interactions and on robot learning, is trying to replicate the human hand and, to do so, is studying the coordination of the hands of jewelers and watchmakers. She states that:

“If machines can do the work of humans, it is mainly because we treat people like machines. Humans have been given a job to do that is not worthy of a human being who is skilled at complex tasks and hates routine. We don’t use the human brain for what it is good at.

On the release of the film, Jean-Stéphane Bron said:

“I was wondering how to summon the SF universe through very real stories that start from laboratories. Also, I like to start from an impossibility to make images, so that the film is created in the head of the spectator. The brain, how it works, can be infiltrated. I started from the material, from the flesh, to arrive at stories that summon a phantasmatic narrative. Because we are all inhabited by scenarios of the future, whether it is the relationship with machines, the fate of the human being, hybridization… These five stories summon these intimate images that we carry, and I tried to measure the level of anxiety or hope that each one can arouse.”

The film ends on the image of a hand from the Chauvet cave. Jean-Stéphane Bron adds:

“A philosopher said that these paintings marked the beginning of philosophy. That through them, for the first time, humanity projected itself into a form. It is the dawn of art and thought, of an attempt to fix movement, but also to evoke it. “