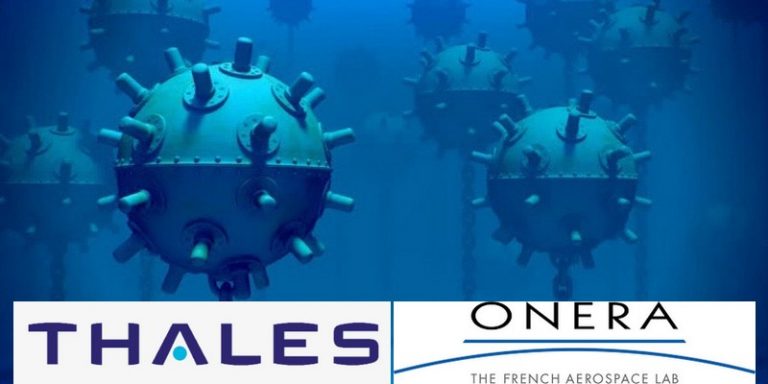 For more than ten years, ONERA and Thales have been working closely together on a project related to artificial intelligence. ONERA is conducting research into intelligent systems for the French military ecosystem and more specifically into the automation of mine-hunting drones. With the evolution of the tools, the researchers were able to work on the construction of a shared decision-making architecture between the drones and the command systems. A look back at this decade of partnership.

A first ONERA decisional architecture in 2010

ONERA developed its first decision-making architecture in 2010, enabling an underwater drone to detect, classify and locate dummy mines laid on the seabed off the coast. At that time, a ten-hour technological demonstration was carried out to prove the effectiveness of the tool.

The autonomous minehunting system and its onboard software architecture supervised the mission and adapted the navigation and perception action plan for the autonomous underwater vehicle and the SAMDIS multi-view sonar. All of this made it possible to optimize the location of the mines in order to neutralize them afterwards.

Over the decade, ONERA has cooperated with Thalès with the aim of providing decision-making autonomy to underwater and surface drones in order to help the Franco-British Maritime Mines Counter-Measures (MMCM) programme. Already in 2009, the two institutions joined forces to design a surface wave radar to monitor maritime areas.

In the meantime, the tools have greatly evolved: component-based development techniques have been discovered and the design of a generic ONERA software library makes it possible to build a decision-making architecture. In this way, the decision is distributed between the command systems and the UAVs in hierarchically decomposed modules while taking into account the goals to be pursued.

The components of this architecture and the future of the project

Last March, the components of the architectures were the subject of a detailed specification that can be found below: 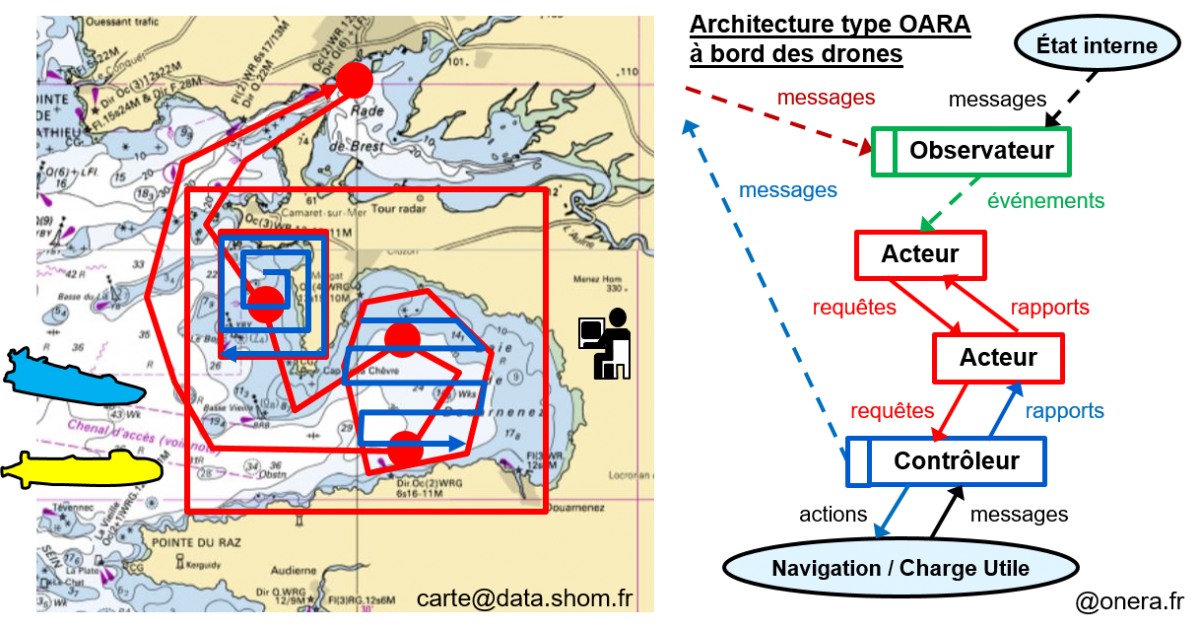 The map on the left shows the grid of the area with the location of the mines in red. The diagram on the right shows the typical OARA architecture found on surface and underwater automated UAVs.

The next step will be to develop an architecture instance for a scenario involving an underwater drone, qualify it and then demonstrate it in a simulation workshop belonging to Thales and dedicated to this initiative.