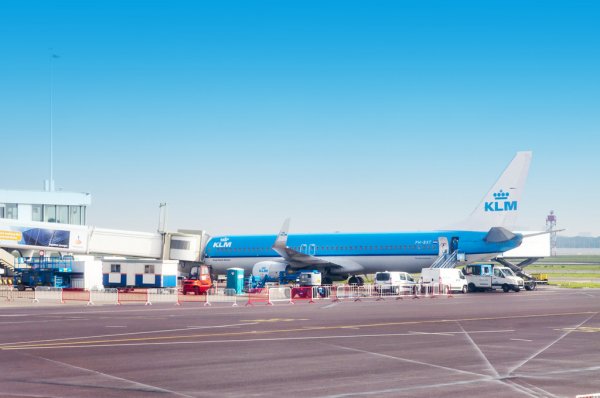 Since last August, the ADP group (Paris airports manager) and Air France KLM Martinair Cargo have been carrying out a series of tests on a new freight transport solution proposed by Orok. The French start-up has designed autonomous electric vehicles that should boost airside freight transport. They are being tested at Charles de Gaulle airport with the aim of optimizing, securing and decarbonizing airside operations around the aircraft.

Orok, a company founded in May 2018 by Pierrick Boyer and William Lambert, was the winner of the innovation challenge “Play your Airport” , aimed at the cargo business, at the initiative of ADP. It has developed an innovative solution of autonomous electric vehicles used to transport goods and air freight.

These autonomous vehicles are equipped with state-of-the-art GPS geolocation and numerous sensors supervised by a server equipped with artificial intelligence. With a large capacity, they can carry pallets of goods, luggage containers or 30 to 40 suitcases. They should replace the diesel-powered tractors and trailers used between freight warehouses or sorting centres and the runways where aircraft are parked.

A first prototype called “Demokart” is currently being tested in the “GIXL” freight warehouse of Air France-KLM Martinair Cargo. It transports containers between two empty areas.

These electric vehicles will make it possible to transport goods and luggage more quickly while reducing the risk of accidents, on a smaller surface area.

Edward Arkwright, Executive Vice President of ADP Group, commented: ” With this trial of the OROK autonomous vehicle, we are working with Air France-KLM Cargo to test innovative tools to improve the performance and safety of air cargo operations, for which Paris-Charles de Gaulle is one of the leading airports. Autonomous technology is very promising and can help us transform our processes while contributing to accelerate the environmental transition of our ground operations.”

And Pierrick Boyer, President and co-founder of OROK, concluded, “ We strongly believe in full tarmac automation because, with this type of solution, we bring operational peace of mind and better working conditions, while reducing operational costs and expenses related to accidents and cargo and baggage reprocessing. Not to mention the optimization of flows and the ecological aspect since our solution is 100% electric. “