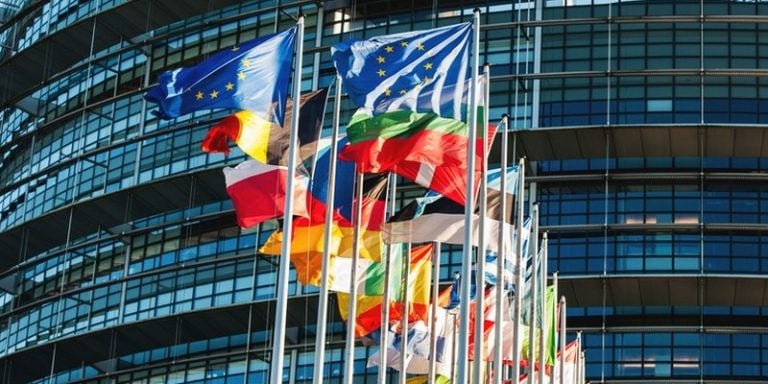 A Council of Europe ministerial conference took place on 10 and 11 June 2021 with freedom of expression as its main topic. The decline in the safety of journalists and the impact of artificial intelligence, as well as the massive digitisation in the media and information environment were discussed at this meeting. Several priority actions were agreed and adopted to strengthen these key areas of freedom of expression.

A final declaration and four resolutions to ensure freedom of expression

The meeting was organised by the Council of Europe and the Cypriot government and was attended by 350 participants from national governments, international organisations, civil society, the media and academia. At the end of the conference, which brought together some 40 European ministers responsible for the media and the information society, a final declaration and four resolutions were adopted:

The ministers wished to recall that violence against journalists and other media actors is an attack on democracy. They decided to prioritize the problem and to raise concerns about the potential impunity for such attacks.

They therefore invite the Council of Europe to prepare guidelines for national action plans on the safety of media actors and journalists. The ministers invite member states to campaign at European level to promote the protection of journalism and journalists.

One of the resolutions concerns the impact of the COVID-19 pandemic: according to the ministers, it is important to remove all unnecessary obstacles to freedom of expression in times of crisis and to guarantee access to information and official documents in accordance with the Tromsø Convention. For them, existing laws and policies should not be misused to silence critical voices, but should be used to promote free and pluralistic public debate around any issue of public interest.

To ensure freedom of expression, all ministers committed to engage experts in the design, development and deployment of digital technologies and AI tools for online content creation and distribution to develop regulation in this area, including through the establishment of legally binding standards. Several automated systems and processes should be subject to regulatory requirements to be put in place by Ministers in the future. In particular, natural language processing tools, robot journalism, and algorithmically driven information flows are targeted for exploitation in a way that respects the right to freedom of expression.

With regard to election campaigns and their media coverage, the ministers invite the Council of Europe to review the standards on online content responsibility in the light of the changing roles of key players in the media environment, including search engines and social media platforms. The impact of digital technologies on people-to-people communications in newsrooms and public communication spaces was discussed during the conference. Guidelines will be developed to ensure freedom of expression despite their use.

The creation of ethical codes for media actors, including online platforms, to promote the transparent and responsible use of AI tools in newsrooms, to protect against the dangers of personal data exploitation and to ensure exposure to a diversity of media content and sources, was mentioned. In this context of digitization of the media and communication environment, all ministers recognized the crucial importance of plural, reliable and trustworthy information, free from state or private control.