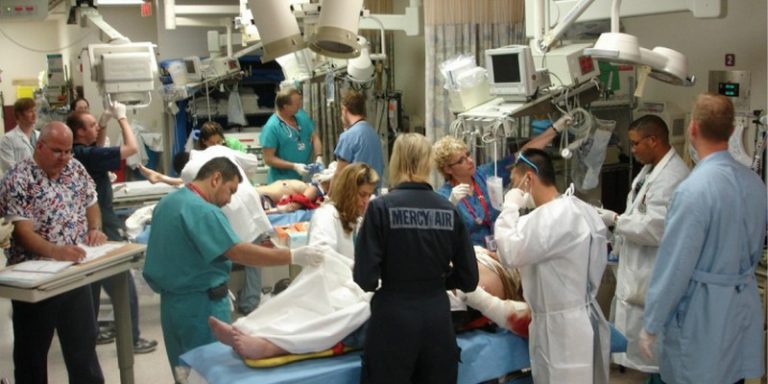 Several researchers at the University of California at San Diego have developed an artificial intelligence algorithm that can be implemented on robots. This code can take into account the medical environment in which it is located: it counts the number of people in a predefined space and estimates their speed of movement. This tool could help medical staff to be better supplied according to their availability.

A solution to a medical logistics problem

In hospitals and clinics, medical staff (clinicians, nurses, doctors, etc.) need supplies or equipment to do their jobs properly. However, there is a problem: it is not possible to supply these personnel quickly during a care intervention, especially if the patient is in a serious or critical condition, because everything happens very quickly and the existing crowd can hinder a robot that moves without taking into account the movements of people.

Laurel Riek, professor of computer science and emergency medicine at the University of California, San Diego, discusses the requirement for a robot to perform this task:

“To perform these tasks, robots must understand the context of complex hospital environments and the people around them.”

To address this, researchers at the University of California, San Diego, built a navigation system called Safety Critical Deep Q-Network (SafeDQN). This algorithm controls a robot that takes into account the number of people in a predefined space and infers how fast they are moving through that area.

When a patient arrives in the emergency room and needs to be treated quickly, a team immediately gathers around him. At the same time, the navigation system takes into account the rapid movement of clinicians, nurses and doctors and instructs the robot to move around these people without getting in their way.

Angelique Taylor, a PhD student in the Health Robotics Lab under the supervision of Laurel Riek, in the Department of Computer Science and Engineering at the University of California, San Diego, states:

“Our system was designed to deal with the worst-case scenarios that can occur in the emergency department.”

To train the algorithm, the researchers used about 700 YouTube videos, mainly documentaries and reality shows. A database available for any other research team to obtain. Then the research team tested the code using simulated parameters, and its performance was compared to other state-of-the-art browsing systems. The results prove that SafeDQN generates the most efficient paths in all generated cases.

In the future, artificial intelligence researchers at UC San Diego will test the system on a real robot in a realistic environment. To do this, they want to partner with the health researchers at the same university who run the Health Care Training and Simulation Center. In addition, they believe that the algorithm could be exploited outside of medical use.