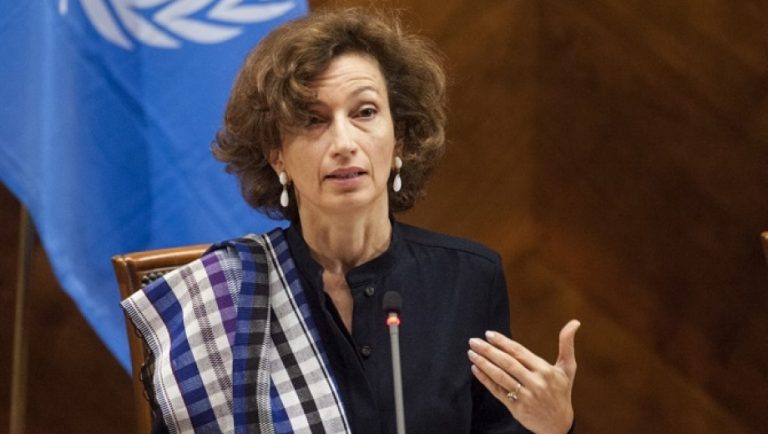 Audrey Azoulay, Director-General of UNESCO, presented last week the first-ever global standard on the ethics of artificial intelligence, adopted by UNESCO’s 193 Member States at the international organization’s General Conference. UNESCO had highlighted back in November 2019 the need for regulatory frameworks at the national but also international level to ensure that innovative AI technologies can benefit all humanity. This recommendation, the result of the work of 24 international experts appointed on March 11, 2020, sets a global normative framework and gives its member states the responsibility to translate this framework at their level.

Over the past decade, AI has experienced a considerable boom. Experts agree that humanity is on the threshold of a new era and that artificial intelligence will transform our lives in ways we cannot imagine. This transformation has already begun and AI has invaded many sectors including health, education, culture, security, defense, etc. Omnipresent, it has intruded into our daily lives without us necessarily being aware of it via our smartphones, GPS, autonomous vehicles, in facial recognition tools, etc.

The web giants but also many countries are now investing massively in AI. It also participates in the decision-making of governments and the private sector. AI technologies have allowed considerable progress in many fields, it allows scientists to better understand crucial problems such as climate change that increases hunger in the world (Madagascar is unfortunately an example). But at the same time, many observers are warning of the possible abuses it could bring: increased gender and ethnic bias, threats to privacy, dignity and agency, dangers of mass surveillance, etc.

However, no international ethical framework, applying to all AI developments and applications, has yet emerged. A preliminary study was published in April 2019 and the recommendation“sets out common values and principles that will guide the development of the legal infrastructure needed to ensure the healthy development of AI.”

“The world needs rules to ensure that artificial intelligence benefits humanity. The Recommendation on the Ethics of AI is a strong response. It sets the first global normative framework while giving States the responsibility to implement it at their level. UNESCO will support its 193 Member States in its implementation and ask them to report regularly on their progress and practices.”

The recommendation obviously aims to materialize the benefits that AI brings to society and to reduce its risks, human rights are emphasized as well as sustainable development goals. It includes action-oriented policy chapters on data governance, work, healthcare, economy as well as Unesco’s specific themes: education, science and culture. Audrey Azoulay explains:

“the recommendation is based on the respect and protection of Human Rights and human dignity, the need to protect the environment and ecosystems, ensuring inclusion and diversity, and fostering peaceful, just and independent societies.”

The recommendation has four axes:

The aim is to improve data protection by ensuring transparency and to allow everyone access to and control over their personal data and, where appropriate, to delete it. It also strengthens the ability of regulators around the world to enforce these provisions.

AI should not be used for social rating and mass surveillance, “highly invasive” technologies that infringe on fundamental freedoms and human rights as it is currently being used, AI technologies should not themselves have a legal personality.

The Recommendation also lays the foundations for the tools that will contribute to its implementation. Ethical impact assessment aims to help countries and companies assess the impact of AI systems on individuals, society and the environment. It enables Member States to assess their readiness in terms of legal and technical infrastructure and to take appropriate measures for practical implementation of ethics.

The Recommendation stresses that AI actors should focus on data, energy and resource efficient AI methods that will make it a major tool in the fight against climate change and in solving environmental problems. It calls for investment in green technologies and for AI systems that have a disproportionately negative impact on the environment not to be used.

“Decisions that impact millions of people should be fair, transparent and contestable. These new technologies must help us address the major challenges of our world today, such as growing inequality and the environmental crisis, not exacerbate them.”

“AI enables many positive advances that must respect the rule of law, we must correct the negative aspects that can increase global divisions and inequalities.”