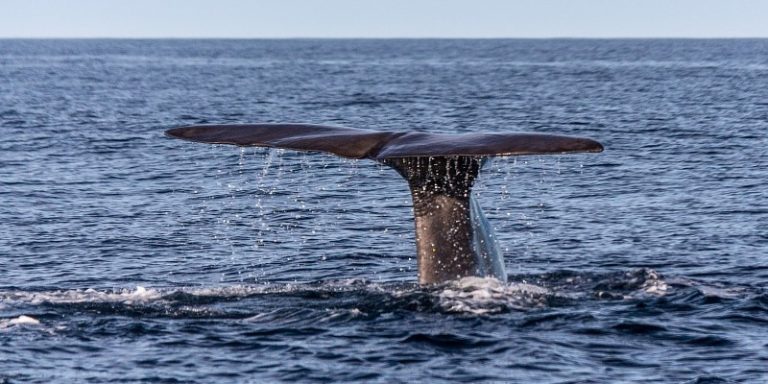 Understanding the language used by animals is one of the challenges facing some scientists: this is the case of Denise Herzing, who studies the language of dolphins through the Wild Dolphin Project. The Cetacean Translation Initiative (CETI) aims to listen to and understand the language of sperm whales. To do this, they are using artificial intelligence and more specifically machine learning to try to decode their songs.

A research project to understand the language of sperm whales

Sperm whales are undoubtedly among the noisiest group of living beings on Earth. To communicate with other sperm whales or other species of whales, this immense mammal produces jerky clicks, clicks or cracks that can be heard by other species sometimes hundreds of kilometres away. Their messages can be brief, lasting only a few seconds, or sometimes more than half an hour.

These songs are known to scientists as “codas” and they wonder if these patterns are complex enough to be considered a language in its own right. As part of the interdisciplinary CETI project, several researchers presented a plan to decode the songs of sperm whales. Their roadmap has beenpublished in a paper by Jacob Andreas of the Massachusetts Institute of Technology (MIT) and Robert J. Wood of the Marine Biology Laboratory and Department at the University of Aarhus, Denmark.

At present, the CETI project has a database of recordings corresponding to about 100,000 sperm whale clicks. They have been collected by marine biologists over several years. Despite this relatively large dataset, the machine learning models developed by the researchers may need about 4 million clicks to really understand the songs, as well as its redundancies and particularities.

However, to fill this gap, the CETI project has set up numerous automated channels to collect recordings of sperm whale songs. Underwater microphones placed in areas of the ocean where these mammals typically congregate and dropped by drones that spot a group of sperm whales will be able to accomplish this task. In addition, aquatic robots will be able to track and listen to these marine species discreetly from a distance.

Challenges to the CETI project

Although the project’s researchers are confident, they do not hide the fact that there are difficulties that could put obstacles in their way:

Despite these difficulties, the researchers are not giving up and are enjoying the study while hoping that if it works, their methods can be applied to other animals.