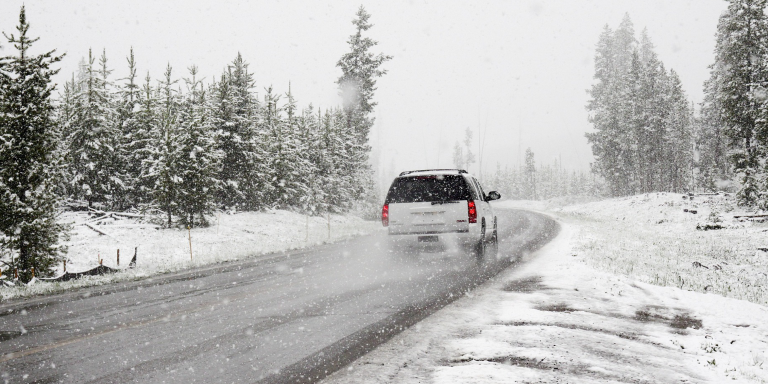 In Quebec, the Laurentian region is known for its sudden changes in weather conditions. Episodes of blowing snow (very fine snow pushed by the wind) are particularly dangerous. Since last winter, the Quebec Ministry of Transport has been conducting a pilot project to detect blowing snow on a portion of Highway 175 located in the reserve. Drivers could be warned in real time thanks to intelligent sensors.

Réserve faunique des Laurentides, located between the Quebec City and Saguenay-Lac-Saint-Jean regions, is a territory of 7861 km2. Hunters, sport fishermen and outdoor enthusiasts practice their favorite activities in a preserved wilderness.

Route 175, which links Quebec City to the Saguenay region, is known for its danger, especially in the portion that crosses the Laurentian Wildlife Reserve.
In winter, ice, snow and blowing snow complicate traffic. The altitude, the strong winds and the cold make visibility and snow removal difficult. Artificial intelligence could improve driver safety.

“The sensors do not prevent blowing snow on the road, while the windbreaks just that has a function to prevent the wind, so create snow blades or blowing snow. But by having sensors in place, we are able to warn motorists.”

The solution in place uses artificial intelligence combined with blowing snow detection sensors to inform users in real time of conditions on Highway 175.

“The sensors and cameras detect x precipitation, it’s confirmed by the cameras and then we add to a database so that eventually they will be able to tell us if it’s blowing snow or another form of precipitation.”

If blowing snow is detected, messages of caution and awareness adapted to the situation will be displayed on the variable message signs (VMS) installed around the targeted areas, inviting drivers to be careful.

An operator at the Integrated Traffic Management Centre (ITMC) will confirm the alert signal received from the sensor before updating the messages on the VMS.

According to the Ministère des Transports du Québec, the detection system still needs to be trained on different weather conditions to be truly reliable, then the sensors will be operational and autonomous.