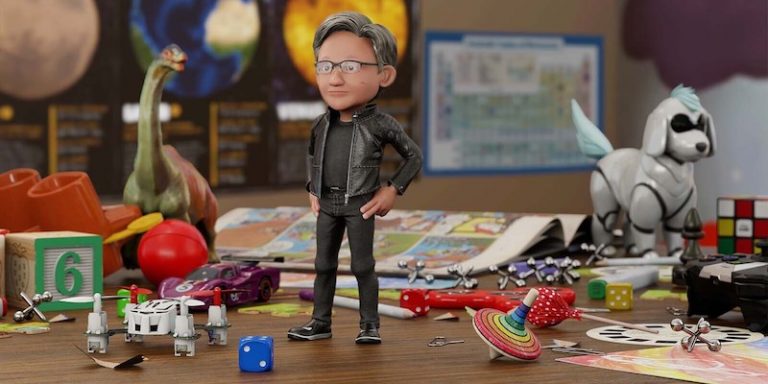 Augmented reality, virtual reality and Multi-GPU at the heart of Omniverse

Since its open beta launch in December, this multi-software 3D collaboration solution has been downloaded more than 70,000 times. It is used by professionals in more than 700 companies, including BMW Group, Cannon Design, Epigraph, Ericsson, architectural firms HKS and KPF, Lockeed Martin and Sony Pictures Animation

New features launched this week by NVIDIA for Omniverse include:

AR, VR and Multi-GPU rendering are among the new features being developed for Omniverse. Also of note are announcements about integrations for infrastructure and industrial digital twin applications with Bentley Systems and Esri software that allow engineers and designers to create physically accurate digital twins of buildings and products, or create massive, true-to-life simulation environments for training robots or autonomous vehicles prior to deployment in the physical world

Another important point of these announcements is that Omniverse Enterprise is now available. It allows global 3D design teams working across multiple software suites to collaborate in real time, in a shared virtual space, from any device.

The true-to-life simulation platform has been deployed to develop 5G networks, improve functionality and services.

5G enables a multitude of new use cases from IoT and manufacturing to autonomous cars and telehealth. Without a digital twin approach, the interaction between radio transmitters, the environment, humans and moving devices could not be truly understood due to lack of detail.

“Before Omniverse, network coverage and capacity were analysed by simplifying many aspects of complex interactions, such as physical phenomena and mobility aspects. Now we will be able to simulate network deployments and functionality at a very detailed scale using Omniverse.”

.
In addition, with the emerging capabilities of the Omniverse platform such as Omniverse VR, network engineers could soon put on a virtual reality headset and explore any part of any model, at 1:1 scale, adjust settings, antenna and literally “see” the effects of things that are not visible in real life.

Training on data sets that do not translate to the physical world can actually degrade the performance of a network.

This sim-real gap occurs mainly in two ways. An appearance gap that corresponds to pixel-level differences between the simulated image and the real image, which is caused by the way the simulator generates the data, and a content gap that can be due to the lack of diversity in the real-world content and differences between the sim and real-world contexts.

Omniverse Replicator is designed to reduce the discrepancies in appearance and content.