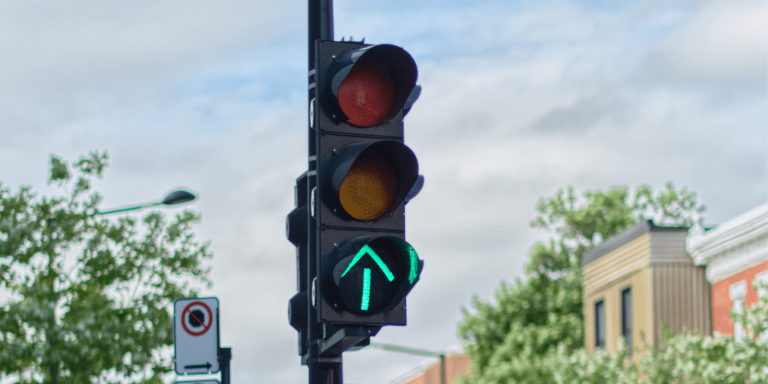 A quick response by firefighters to an accident or fire can save lives but can be hampered by traffic. To remedy this problem, the German town of Bad Hersfeld, located in the state of Hesse, decided to use AI to control its traffic light network and thus allow the emergency services to arrive as quickly as possible at the scene of the intervention. It started experimenting with the device this summer and plans to extend it to other services if it proves successful.

Bad Hersfeld is a spa town famous for its theater festival in the Hessian region, with a population of about 29,000. Committed to new technologies and sustainability, it has implemented an intelligent lighting system in the area surrounding the monastery ruins where the festival takes place. The lights are equipped with cameras, speakers and WiFi, creating a connected space for visitors and residents of this area. In some streets, the latter can actually control this smart lighting via a mobile app. Currently, it is using AI to manage traffic lights to give priority to firefighters during their interventions.

In France, in 2020, Cedric Villani, then a candidate for mayor of Paris, proposed using AI-assisted management software to ” coordinate traffic lights, make traffic flow more smoothly, anticipate traffic jams and reduce transportation times” in the capital. However, this measure was not adopted.

On the other hand, some municipalities have chosen to implement intelligent “reward” traffic lights to slow down the speed of vehicles crossing them: from red, they automatically turn green if the approaching vehicle is driving at the right speed.

In Bad Hersfeld, the intelligent traffic lights are intended to enable the emergency services to travel as quickly as possible and to reach the scene of an accident in less than 10 minutes. A central traffic light control system has been installed and the AI not only calculates the fastest route, but also gives priority to the fire department. For this, an algorithm analyzes in real time the numerous traffic data and manages the traffic lights placed on the route.

This initiative, tested with firefighters, is supported by the government of the state of Hesse, which hopes that this project will be emulated and encourage other municipalities to use AI to save lives.