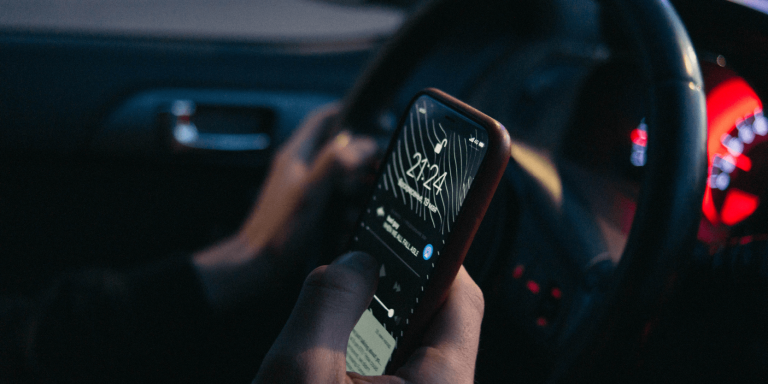 The use of the telephone while driving, although reprimanded by law, is one of the main causes of driver distraction. Despite all the awareness campaigns, it is becoming commonplace: according to road safety figures, about 69% of French people admit to using their smartphone while driving. Researchers from the University of Alberta are testing an AI solution from the company Acusensus to measure the extent of the distracted driving problem in Canada and to verify if this technology is a reliable detection system for the authorities.

Founded in 2018 by Melbourne-based Alexander Jannink, technology company Acusensus is on a mission to improve road safety by providing intelligent solutions to drive behavior change on the roads.

Its “Heads-Up” solution, developed to give authorities an effective tool to combat distracted driving, won the Intertraffic Inspiration Award 2022.

The technology can be provided in the form of fixed, trailer-mounted or vehicle-mounted surveillance cameras. It includes a high-definition 3D radar that measures the speed, range and angle of all targets across multiple lanes. The data can be used to provide information on traffic and speed patterns, while drivers’ personal data is protected.

For real-time operations, images of offending drivers can be sent to a waiting interceptor vehicle within seconds.

The company has launched a combined cell phone and seatbelt detection program in Queensland in 2021, with a 10% drop in fatalities in the first six months, and a combined speed, cell phone and seatbelt detection program in Washington State. After New South Wales, where more than 95,000 illegal phone use offenses were detected in 90 days, Australia and the United Kingdom, among others, it is the turn of Alberta, Canada, to pilot the solution to detect smartphone use while driving.

The pilot project in Canada

The University of Alberta is located in Edmonton, the Acusensus fixed cameras will be deployed in different places of the city during three weeks before being installed in Montreal, Quebec.

The goal of the research is to determine how well AI can detect drivers who use their cell phones while driving, according to Karim El-Basyouny, Professor in the Department of Civil and Environmental Engineering and the City of Edmonton’s Urban Road Safety Research Chair at the University of Alberta.

Dr. El-Basyouny is an expert in traffic crash prevention, crash modeling and safety intervention analysis. He was the principal investigator for the evaluation of the Residential Speed Limit Reduction Pilot Project in Edmonton, as well as several other research and evaluation projects in Alberta and British Columbia.

Measuring the extent of phone use while driving

According to Karim El-Basyouny, the average number of people who use their phone while driving in Canada is 7% and in Alberta, the average is 5.3%. He reminds us, however, that these figures come only from the tickets given by the police to offenders, so they do not correspond to reality.
These distracted driving offences are recorded by police officers who look to see if the driver is using a phone through a car windshield or while driving near a vehicle.

“It takes a lot of work, a lot of sneak peeks, under difficult conditions. It’s the only viable solution right now and it’s not ideal. […] The purpose [of this study] is to try to understand the true extent of the problem.”

Alberta motorists can be fined $287 for distracted driving and three demerit points. But in this pilot project, no tickets will be issued.

This pilot project is funded by the University of Alberta and the City of Edmonton Police Service. The final report will be released in October 2023.