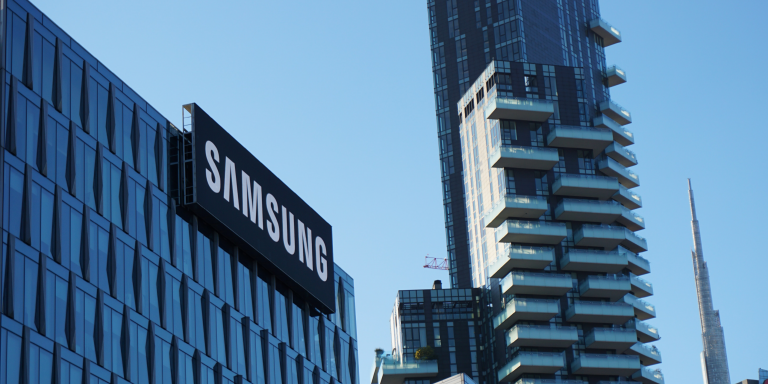 Microprocessor manufacturers have been interested in MRAM (Magnetoresistive Random Access Memory) since the 1990s. Researchers at Samsung Advanced Institute of Technology (SAIT) in collaboration with Samsung Electronics Foundry Business and Semiconductor R&D Center performed the first memory computing based on this technology and published the results of their research in the journal Nature entitled: ” A crossbar array of magnetoresistive memory devices for memory computing”. This approach is seen as one of the most promising avenues for realizing ultra-high-performance and sober artificial intelligence chips.

In standard computing architecture, data is stored in memory chips and data processing is performed in separate processor chips. In contrast, in-memory computing is a new computing paradigm that seeks to perform both data storage and data computation in a memory array while consuming less power. In-memory computing is therefore a promising technology for realizing next-generation low-power AI semiconductor chips.

Computing systems include two types of memory. DRAM is the main memory while NAND flash memory is used for storage memory. Fast, high-capacity DRAM is essential for processors to function properly and plays an important role in today’s Von Neumann computer architecture (a single structure to store both program and data).

DRAM memory has evolved in terms of density, bandwidth and low power consumption, but because it is volatile, it loses its data without power and thus requires constant refreshment.

MRAM, on the other hand, which retains data for long periods of time without having to be refreshed, is a good alternative to DRAM and could become the memory of choice for new applications. It is also superior to NAND flash memory in terms of performance (it allows write speeds about 1,000 times faster) and durability. Its advantages are speed, throughput, capacity, non-volatility, and robustness, but it offers little resistance.

The study of SAMSUNG researchers

The research was led by Jung Seung-chul, researcher at Samsung Advanced Institute of Technology (SAIT) lead author of the paper, Ham Don-hee, fellow at SAIT and vice president of technology at SAIT Kim Sang-joon. Developing a spin-transfer torque magnetoresistive random access memory (MRAM) crossbar array is very complicated because of the low resistance of MRAM, which would result in high power consumption in a conventional crossbar array that uses current sum for analog multiply-accumulate operations.

To circumvent this difficulty, the researchers developed a 64 × 64 crossbar network based on MRAM cells whose architecture uses the resistance sum for analog multiply-accumulate operations. This array was integrated with the readout electronics in complementary 28-nanometer metal-oxide-semiconductor technology.

They then implemented a two-layer perceptron to classify 10,000 digits from the modified National Institute of Standards and Technology with 93.23% accuracy. For a deeper eight-layer Visual Geometry Group-8 neural network with measured errors, the classification accuracy reached 98.86%.
A ten-layer neural network achieved an accuracy of 93.4% for face detection. Dr. Seungchul Jung, lead author of the study said:

“Computing in memory resembles the brain in that in the brain, computing also occurs in the network of biological memories, or synapses, the points where neurons touch. In fact, while the computation performed by our MRAM network has a different purpose at the moment than that performed by the brain, such a solid-state memory network could in the future be used as a platform to mimic the brain by modeling the brain synapse.”

The researchers said that while this new MRAM chip can be used for in-memory computing, it can also be used as a platform to upload biological neural networks.

Samsung said it wants to continue to expand its leadership in next-generation computing and AI semiconductors.