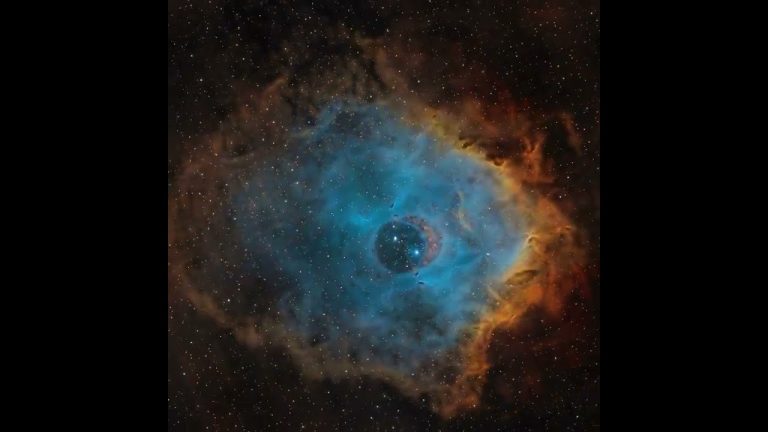 Lonestar, a stealthy cloud and space startup, is leading a cutting-edge data storage and processing demonstration currently underway aboard the International Space Station (ISS) surrounded by open source leader Canonical and Redwire Corporation, a specialist in plug-and-play components for space missions. This partnership has generated Celestium, a work of art created in space, based on Artificial Intelligence algorithms and a blockchain.

Lonestar announced last month that testing of data storage and onboard processing in the first-ever software-defined payload sent to the International Space Station was successful. This first software-defined payload was sent to the ISS on December 17, 2021. It leveraged existing hardware on the ISS by redirecting an existing onboard computer server to become an edge node on the network. Chris Stott, founder and CEO of Lonestar, states:

“People have asked us, why doesn’t your payload have mass? We responded by asking, What if every piece of hardware in orbit could be repurposed for new uses with maximum efficiency?”

Lonestar’s successful demonstration mission included key contributions from digital artist Cecilie Waagner Falkenstrøm and her software team at ARTificial Mind with Niels Zibrandtsen of the Mind Future Foundation, in addition to those from Canonical and Redwire Space.

ARTificial Mind provided the digital content and blockchain capabilities, Canonical, a unique “edge of network” kernel of Ubuntu Linux, the leading operating system for container, cloud, and large-scale computing, which runs on the constrained space hardware aboard the ISS. Redwire leveraged the existing server on the ISS from its microgravity 3D printing capability. Dr. Matossian, COO of Lonestar, states:

“Our team was able to move quickly and intelligently to leverage underutilized resources in an innovative way. And we applied a modern cloud virtual machine solution with advanced blockchain technologies.”

“Thanks to the professionalism, vision and hard work of our superb partners, we hope we have just launched a revolution in low earth orbit. We have successfully merged the verticals of cloud and space on the International Space Station. If we can do that in LEO, imagine what we can do elsewhere.”

“Something new is being created in space. Thanks to NASA and CASIS, the International Space Station is truly an incredible test bed for new technologies and now also a home for digital art creation.”

Falkenstrøm has partnered with tech-art nonprofit MindFuture Foundation to help launch the project.

Tapping into cosmic ray data experienced aboard the ISS orbiting Earth at 27,700 mph, the AI algorithm seeds and extracts thousands of space images and space tokens to distribute on a blockchain. Drawing on images of NASA deep space photographs, the unique works of Space for Art Foundation astronaut Nicole Stott and artist Tamara King, each image is generated by the AI as one-of-a-kind and embedded as a non-fungible token (NFT).

The artwork pioneers an emerging genre at the intersection of art, space and technology.

As a result of this historic collaboration, non-profit partners including the Arch Mission Foundation and the Angiogenesis Foundation now have their immutable data successfully stored on the ISS.