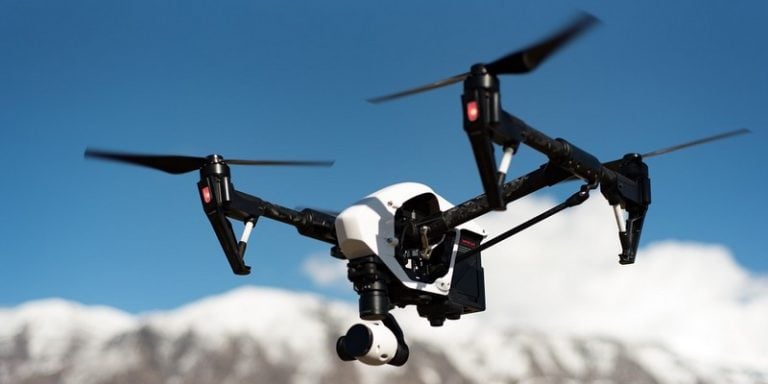 A team of researchers at the University of Zurich has developed an algorithm that has enabled an autonomous drone to move faster than drones flown by human pilots. The quadrotor (a rotary-wing aircraft with four rotors) with this algorithm calculates optimal trajectories over time while taking into account the limitations of the machine. Thus, the drone beat two seasoned pilots on an experimental circuit.

To be useful, drones need to be fast and efficient. Because of their limited battery life, they need to accomplish any task – such as searching for survivors at the site of a disaster, inspecting a building, delivering a shipment – in the shortest possible time. And they may have to do this by passing through a series of waypoints such as windows, rooms or specific locations to be inspected, taking the best path and the right acceleration or deceleration at each segment.

The study was published by Leonard Bauersfeld, Elia Kaufmann, Philipp Foehn, Sihao Sun and Davide Scaramuzza. The researchers from the University of Zurich developed this algorithm so that an autonomous quadrotor could be faster and more precise than equivalent machines piloted by human beings.

Despite the fact that drone pilots can be excellent at maneuvering, Davide Scaramuzza, who heads the Robotics and Perception Group at UZH and the Rescue Robotics Grand Challenge of the NCCR Robotics, the organization that funded the research, talks about the feat that the quadrotor with the algorithm he designed achieved:

“Our drone beat the fastest lap of two world-class human pilots on an experimental race track. The novelty of the algorithm is that it is the first to generate time-optimal trajectories that take full account of drone limitations. “

An algorithm with novelties compared to previous work

According to the researchers, previous work to design algorithms of this style relied on simplifications of either the quadrotor system or the flight path description, and were therefore suboptimal. Philipp Foehn, PhD student and first author of the publication, clarifies what novelty his team brought to the creation of the algorithm:

“The idea is that instead of assigning sections of the flight path to specific waypoints, our algorithm simply tells the drone to pass through all the waypoints, but not how or when to do so.”

To test the algorithm, two seasoned pilots controlled the quadrotor on a racetrack and then the machine was fitted with the algorithm so that it could move autonomously. They used external cameras to accurately capture the drones movement and – in the case of the autonomous drone – to give real-time information to the algorithm about where the drone was at any given time.

To ensure a fair comparison, the human pilots were given the opportunity to practice on the track before the race. However, the algorithm won: all of its laps were faster than the human drivers, and the performances were more consistent. This is because the algorithm found the best trajectory and is able to reproduce it faithfully many times, unlike human drivers who are always forced to stay focused to fine-tune the machine’s curves.

In the future, the scientists want to use onboard cameras to improve the algorithm’s performance. They said their tool could be exploited to deliver packages with drones, for rescue missions or to inspect a crime scene.