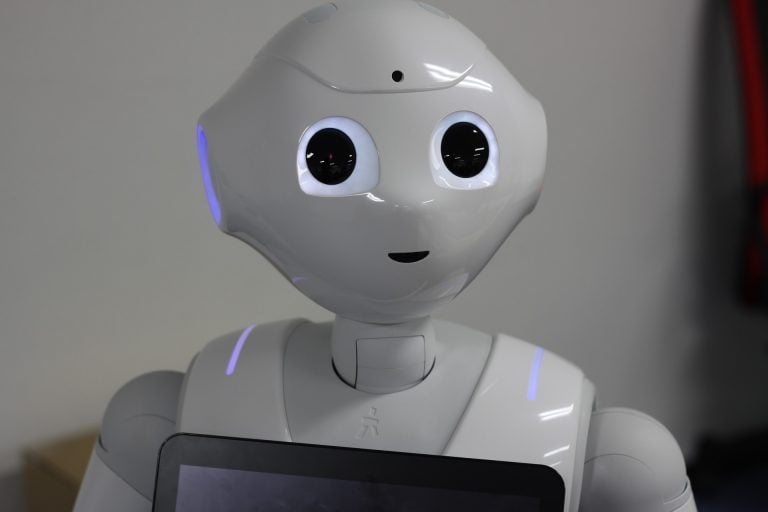 According to Reuters, Softbank, after putting a halt to the production of the Peppers robots created in 2014, has entered into talks with United Robotics to sell its French robotics division. The humanoid robot Pepper has not been the commercial success it was hoped for and Softbank has had to let go of half of its employees. The deal remains problematic and may not go through.

However, the humanoid robot Pepper was one of the symbols of the French Tech… Designed by the company Aldebaran of Bruno Maisonnier, who is also at the origin of the robot Nao, it is mainly intended for the reception where assists the customers, informs them, orients them via a touch screen on its chest. It has been tested in large stores such as Darty, Carrefour, in some railway stations but also in retirement homes to keep company to lonely elderly people. But it did not meet the hopes of Masayoshi Son, CEO of Softbank, which bought Aldebaran in 2015,
as only 27,000 Peppers robots have reportedly been sold. Pepper performs fairly perfunctory tasks and many companies are satisfied with a touchscreen kiosk for greeting.

The main European distributor of Pepper and Nao robots is currently United Robotics Group supported by Hahn Robotics, which specialises in collaborative robotics. However, the production located in China has ceased in 2020 and Softbank has confirmed a redundancy plan in late May 2021 that entails a reduction of about 40% of the 330 employees, mainly in the sales, quality and after-sales services. The paradox is that, following the resignation of other employees, Softbank has published job offers for key positions.

According to Reuters, Softbank engineers are currently working on a confidential service robot project (Plato) that Japanese officials have not yet ordered, and on the other hand, Softbank has reportedly made business deals with outside companies. Softbank says it is still committed to the Pepper project.