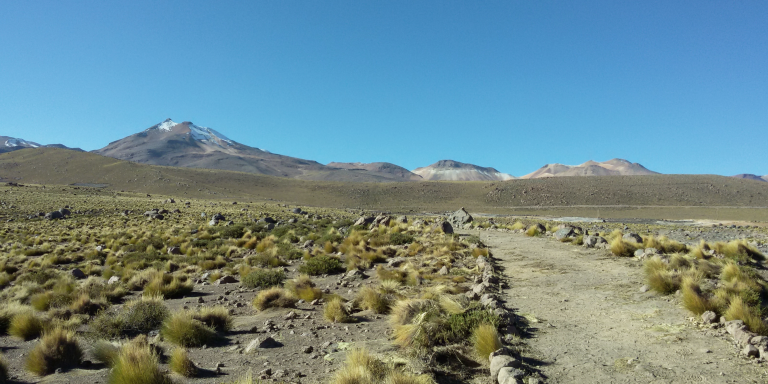 Global warming will have a major impact on agriculture, and scientists are looking for solutions to adapt agricultural systems to extreme weather events. Researchers from INRAE, the University of Bordeaux and the Pontifical Catholic University of Chile studied 24 plant species from the Atacama Desert (South America), one of the most arid regions on the planet, to understand the resilience mechanisms of plants in a hostile environment. The results of their study, entitled ” Predictive metabolomics of several plant species from Atacama unveils a core set of generic metabolites for extreme climatic resilience,” were published in “New Phytologist.

The Atacama Desert, an inhospitable environment

Located in northern Chile, the Atacama Desert is the driest place on earth and one of the most inhospitable regions on the planet: altitude between 2,400 and 4,500m, thermal stress in the upper levels, hydric stress and high salinity in the lower levels, nitrogen-poor soil, very high light intensity. The plant species present in this desert are those suffering from the worst climatic conditions on Earth. Only the most resistant plants cling to the rocks and sand deprived of water. How they managed to thrive in such a hostile place is of particular interest to scientists. Those in the study sought to understand how plant life can adapt to changing ecosystems under extreme conditions through metabolomics, the study of all the molecules involved in the metabolism of a living organism.

A single strategy for adapting to extreme conditions

The scientists used an innovative approach, predictive metabolomics, to study the resilience mechanisms of Atacama plants. They analyzed about 5,000 metabolic signals from 24 plant species in this desert growing at different altitudes. After statistical processing using machine learning, they were able to identify 39 molecules common to all species, allowing them to predict the plant’s environment with an accuracy of 79%. They were able to link the expression of these molecules to different environmental stress factors such as freezing temperatures, water deficit or very high light intensity.

The results of this study also demonstrate a convergent metabolic strategy in the evolution of endemic plants of different families for adaptation and resilience to extreme environmental conditions. These molecules are also present in plant species cultivated in other climates such as poaceae (corn), fabaceae (peas), solanaceae (tomatoes), or asteraceae (sunflower). Today, it takes about ten years for scientists and producers to develop a new plant species that meets specific environmental criteria such as frost resistance. Thanks to the multi-species approach developed in this study, this timeframe could be greatly reduced and would allow professionals to adapt more quickly to the constraints of climate change.