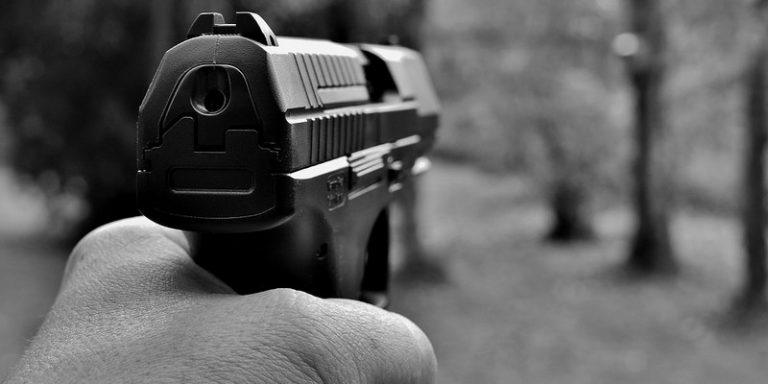 ShotSpotter, a US-based firearms detection company, has seen its technologies regularly used by police forces in over 100 US cities and counties. Recently, the company has been at the centre of a controversy that some of the evidence was potentially tampered with to justify arrests and support prosecutors’ cases in court. This discovery, for example, forced Chicago prosecutors to withdraw evidence generated by the technology in the murder of young teenager Adam Toledo, who was shot and killed by a city police officer.

ShotSpotter is used in over 100 counties across the United States to detect potential gunshots occurring within a city. This acoustic gunshot detection relies on a series of sensors, often placed on street lights or buildings. If a shot is fired, the sensors detect the specific acoustic signature of a gunshot and send the time and location to the police. The location is measured by measuring the time it takes for the sound to reach the sensors at different locations.

According to ShotSpotter, this information is then verified by human acoustic experts to confirm that the sound is a gunshot, not a car backfire, firecracker or other sounds that could be mistaken for gunfire. The sensors themselves can only determine if there is a loud noise that sounds strongly or less strongly like a gunshot. It is always up to the people listening to the headphones to tell if shots have been fired or not.

It is this last point that is currently causing controversy.

On May 31, 2020, Safarian Herring, 26 years old, was shot in the head by another man, probably 64-year-old Michael Williams. Two days later, the young man died of his wounds and the Chicago police arrested the man accused of the murder, who claimed that he was not the author of the crime, but that a drive-by shooting had occurred and was the cause of the murder.

The key piece of evidence pointing to Michael Williams as the killer is a surveillance video showing the individual’s car parked at the time and place where Safarian Herring was allegedly shot. The police then stated that ShotSpotter generated an alert at that exact time and place. Except there’s a problem with that claim.

That night, 19 ShotSpotter sensors detected a percussive sound at 11:46 p.m. (the correct time of the crime), but determined a location about a mile from the murder scene. The company’s algorithms initially classified the sound as fireworks. But after the 11:46 p.m. alert, a ShotSpotter analyst manually overrode the algorithms and “reclassified” the sound as a gunshot. Then, months later and after post-processing, another ShotSpotter analyst changed the coordinates of the alert with those of the murder.

A disturbing case of recurrence after similar problems: ShotSpotter’s response

After learning this, prosecutors removed the ShotSpotter evidence after the defense asked the judge to review the forensic value of the system. And this isn’t the first time this has happened, as the technological relevance of sensors has often come under fire in recent years:

Several cities have since terminated their contracts with ShotSpotter after determining that the technology failed to capture about 50 percent of gunshots. Activists are calling on the city of Chicago to cancel its $33 million contract with the company after its system falsely alerted police to gunshots, resulting in the death of 13-year-old Adam Toledo.

In one of their statements, ShotSpotter claimed on Vice’s report, which brought the case to light, was “false and misleading.” The company did not deny that the system’s output had been manually altered, but said the reporter had confused two different services: automated, real-time shot detection and after-the-fact analysis by company staff. “Forensic analysis can reveal additional information related to an alert in real time, such as more shots or an updated time or location after further investigation,” the company said.