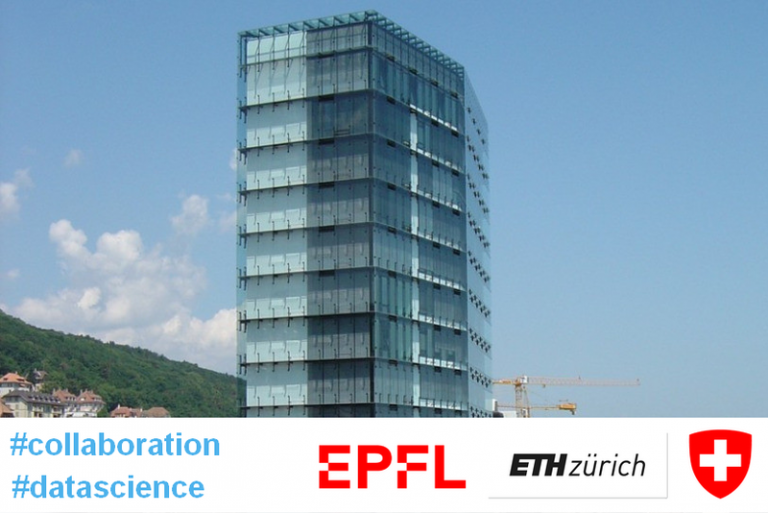 Within the framework of this collaboration, the SDSCC will be able to intervene in three areas with a view to improving the FOC’s technologies or providing new AI-related technologies. The first aspect concerns the future use by the DSCC of an open source technological platform named RENKU and developed by the SDSC. RENKU allows, among other things, to implement data science and AI in a collaborative and reproducible way: thus the data are secured. The second aspect is an awareness component initiated by the SDSC in order to share knowledge and practices within the federal administration in the fields of data science and AI. The last aspect will involve the Federal Institutes of Technology (EPFL and ETH Zürich). They will support the FSO in identifying interesting profiles and recruiting them to become DSCC specialists. Another of their tasks will be to prioritise the DSCC projects in order to work on them more efficiently.

The partnership is a source of great satisfaction to all the structures and institutions involved, starting with Martin Vetterli, President of the Swiss Federal Institute of Technology Lausanne (EPFL):

“I am extremely excited about this strategic partnership of a joint flagship project between our two schools and the SFO.”

Ultimately, the DSCC would like to develop more skills to make good use of data science and AI with a view to facilitating decision making and understanding of public policy related areas. Georges-Simon Ulrich, Director of the SFO, specifies the missions induced by this partnership:

“With this partnership, the FSO is giving itself the means to fulfil the crucial mission for public administrations that the Federal Council entrusted to it in May 2020. In the wake of the launch of its DSCC on 1 January 2021, it will thus be able to respond to the challenges brought about by the profound changes in the data ecosystem and by the increased use of algorithms in the public sector.”

He is joined by the president of ETH Zürich, one of the federal institutes of technology, Jöel Mesot:

“Putting data science and artificial intelligence to work for the common good is one of today’s great challenges. The ETHs are proud to be able to contribute their expertise in this area and to support the Confederation in this transition so that it is for the benefit of all stakeholders in society.”