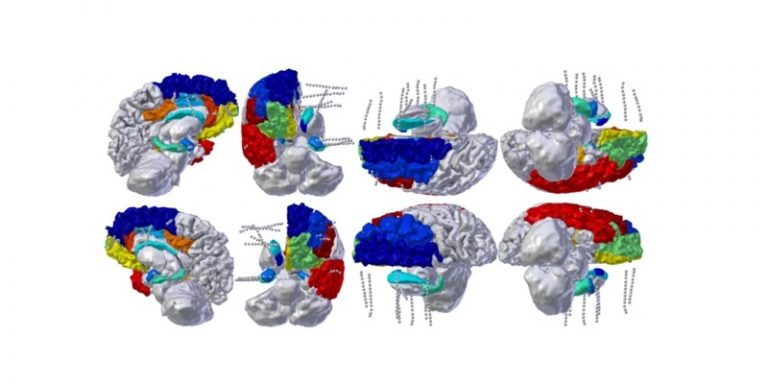 Researchers at the University of Minnesota Medical School have reported that specific electrical stimulation of the brain using artificial intelligence techniques can improve certain human brain functions related to mental flexibility and self-control. The study is the result of brain stimulation experiments performed on 12 people undergoing brain surgery for epilepsy. It was published in the journal Nature Biomedical Engineering.

Hundreds of electrodes to stimulate the brain

The brain stimulation procedure involves carefully placing hundreds of tiny electrodes directly into the brain to record activity and identify the origin of seizures. A specific area of the brain, called the internal capsule, was discovered by these researchers. When electrically stimulated, it leads to an improvement of certain brain functions in patients. This area is often impaired in many mental illnesses because it is linked to cognitive control, i.e. the activity involved in switching from one thought pattern, or behaviour, to another.

Artificial intelligence algorithms were used to “decode” when a patient was blocked by a difficulty in order to send a small electrical impulse into the brain and thus get them to move past the difficulty, explains Alik Widge, assistant professor of psychiatry at the University of Minnesota and lead author of the study. She adds:

“This system can read brain activity, ‘decode’ when a patient is presenting a difficulty and apply a small jolt of electrical stimulation to the brain to push them past that difficulty.”

The results are promising. Indeed, this study is the first to show that a specific mental function in humans, related to a mental illness, can be reliably improved via targeted electrical stimulation. In addition, the researchers discovered in this study that different parts of the internal capsule can be used very effectively to improve cognitive function.

Alik Widge conducted the study with Sydney Cash, MD, PhD at Massachusetts General Hospital and an expert in epilepsy research, and Darin Dougherty, MD, an expert in clinical brain stimulation. The researchers also found a change in the patients’ anxiety state. In addition to their epilepsy, some had severe anxiety. But after receiving the cognitive enhancement stimulation, they reported that their anxiety improved, they were able to shift their thoughts away from their distress and focus on what they really wanted to think about. Widge says this could be a good way to alleviate anxiety but also serious disorders like depression.

“Instead of trying to suppress symptoms, we could give patients a tool to take control of their own minds. We could put them back in the driver’s seat and allow them to experience a new sense of agency.”

Clinical studies now need to be conducted to further prove the effectiveness of this method.