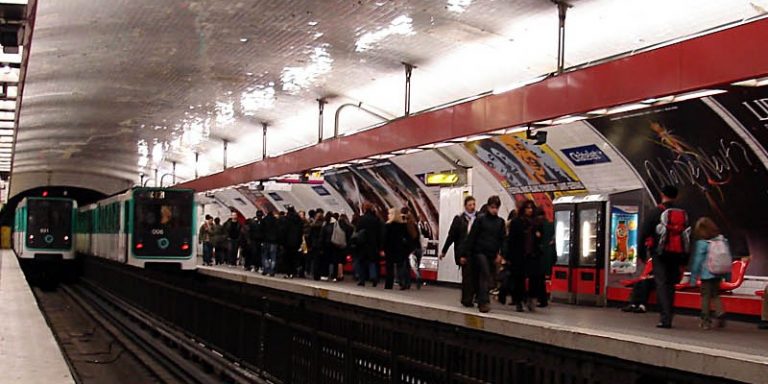 Thanks to a strategic partnership, Systran’s technology has been chosen by the Régie Autonome des Transports Parisiens (RATP) to carry out the TRAD.IV.IA project. The objective is to better inform foreign travellers who do not speak French or speak little French, especially when problems may arise. This technology will be presented on the RATP stand and during conferences on the theme of AI at the fifth edition of the Viva Technology trade show, which takes place from 16 to 19 June 2021.

With the aim of helping foreign travellers who do not understand French on public transport, RATP is launching the innovative TRAD.IV.IA project. The aim is to quickly translate information about a problem or change on the Paris public transport network into several languages.

To implement this project, RATP has launched a research project to explore and validate the use of machine translation and artificial intelligence. The group decided to sign a strategic partnership with Systran, a company specialising in translation technologies. The aim is to use the company’s expertise in AI applied to linguistic processing, as well as its ability to train automatic translation engines on data that RATP can provide.

Jean Senellart, president of Systran Group, says of the implementation of this innovative project:

“What is exciting for us in this project is to open up to the general public by making available to as many people as possible a cutting-edge technology that considerably improves the experience of the urban traveller.”

A database provided to train the TRAD.IV.IA platform

RATP provided a database consisting of 50,000 messages to be translated, adapted and validated as well as 5 hours of audio messages and 1,200 different messages. This set of data was used to train a translation model designed for a passenger transport application.

Systran also uses Speech To Text and Text To Speech technologies for the TRAD.IV.IA platform to provide the necessary functionalities related to voice transcription and vocalization of translated text. Thus, when an RATP agent sends a message in French, it is converted into text, translated into several languages thanks to the model and then converted back into a synthesized voice to be broadcast in real time in these different languages. The platform will offer multilingual passenger information: messages will be broadcast in French, English, Russian, Arabic, Spanish, etc.

At present, the prototype developed in the laboratory has been validated and RATP now wishes to enter a test and industrialisation phase to experiment with its platform in operational situations. At the end of 2021, the system will be deployed for testing on lines 1 and 14 of the Paris metro as well as on the RER B. Eventually, TRAD.IV.IA should be extended to all lines of the network by 2024. This is a key date as it is the year of the Olympic Games in Paris.