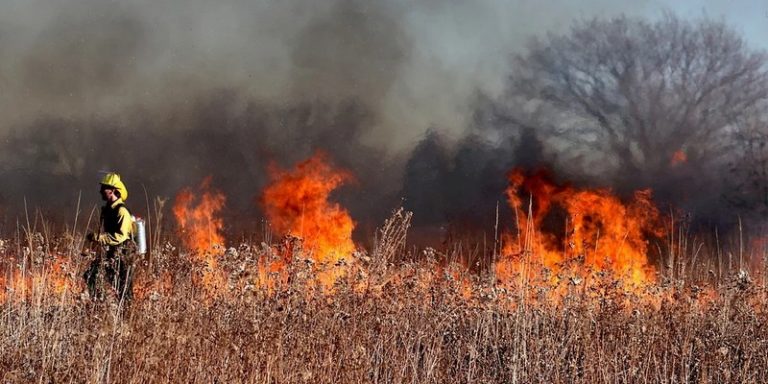 During hot periods, a plague threatens national parks and green areas: forest fires. Whether in France or, as is currently the case in Greece, Turkey, Sicily or the United States, hundreds of fires can occur in these areas and firefighters as well as nearby residents are the first to be affected by these dramas. The Pacific Northwest National Laboratory has developed a tool to create detailed maps of forest fires in order to predict and respond to them.

Prior to the creation of this new tool for tracking active fires, an incident commander would have an aircraft fly over a site after dark to collect images and provide them to an analyst who would draw maps overnight so they could be used the following morning. While this method is relatively effective, it has limitations: availability of the aircraft, safety issues related to fire and smoke, and the need for human resources to carry out the process.

Another technique is sometimes used by firefighters: they can use satellite images. But this method is all the more effective if it is combined with the use of infrared images and high resolution sensors. With this in mind, the Pacific Northwest National Laboratory (PNNL) in eastern Washington State, in collaboration with several firefighting agencies, commissioned Andre Coleman and his team to design a tool that uses infrared satellite imagery and artificial intelligence to create detailed maps of forest fires to track and forecast fires.

“We are seeing much larger fires these days. They are much more dynamic and moving faster. We can’t always use the traditional methods we’ve been using.”

The RADRFIRE tool can identify small, point fires started by lightning before they get bigger and harder to fight. Having a tool that makes the most of satellite imagery is important because it helps commanders make decisions about how best to deploy their resources, keep firefighters safe, predict how a fire will spread and identify structures in its path. It helps municipalities and others who request evacuation of people in danger.

RADRFIRE uses information from freely available national and international government satellites. The team was concerned that using commercial satellites would quickly become too expensive and limit the tool’s users. The team developed an algorithm to better plan and monitor the use of fire retardants that are dropped on fires from aircraft.

The tool can quickly determine where past drops were planned, where they actually landed and spread, and their effectiveness. In the past, commanders could gather some of this information, but it took more time and resources. The team designing the system hopes that the program can continue with the help of one or more government agencies, possibly the U.S. Department of Energy’s Office of AI and the U.S. Department of Defense’s Joint Artificial Intelligence Center, both of which have been involved since the initiative began.