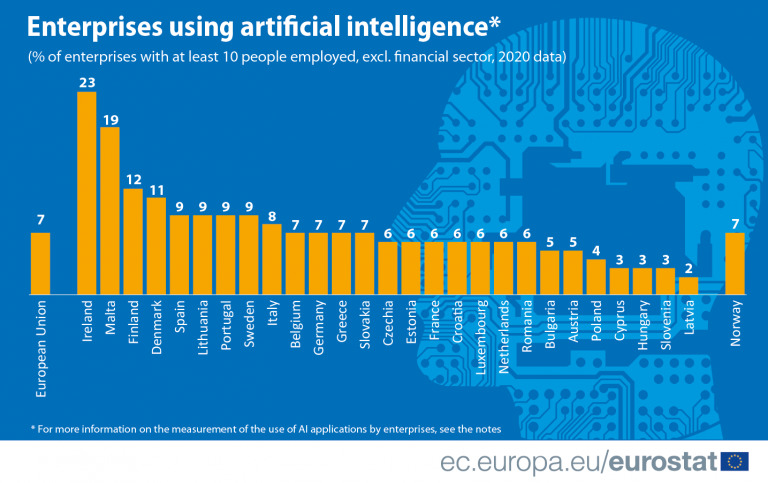 With the new regulation on artificial intelligence presented by the European Union last week, companies and institutions have additional guidance if they want to foster the arrival of AI in their strategy. A Eurostat survey on the use of information and communication technologies in business conducted by the European Commission has highlighted the adoption of AI within companies.

The use of AI in companies

Thestudy conducted looked at the applications of AI in four systems:

Other existing AI systems are not included in the report.

The results showed that 7% of European companies with at least ten employees are using artificial intelligence with one (or more) of the four systems mentioned above.

When it comes to big data analysis, 2% of companies use machine learning, 1% generate natural language, use NLP or voice recognition. 2% of companies use chatbots or virtual agents in their after-sales or customer support services. The remaining 2% use these four systems to design service robots that are more or less autonomous in performing cleaning, sorting, customer support tasks, etc. 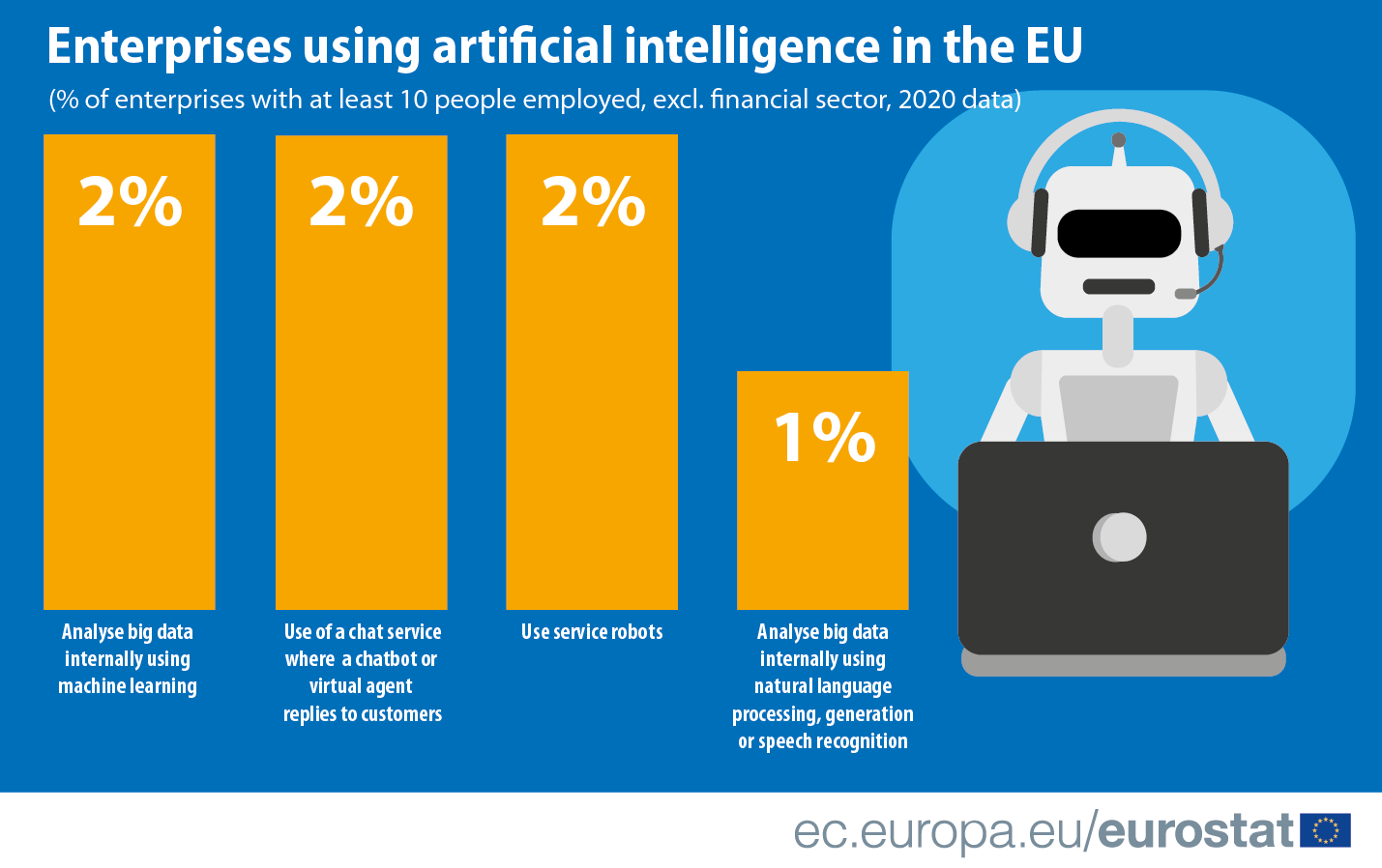 Another aspect mentioned in this study concerns the expectations of companies regarding their use of artificial intelligence. Companies want AI to be useful for increasing productivity, growing their business, encouraging the creation of new job profiles and improving the way people work in different sectors.

Uneven use of AI at European level

If the figures provided by Eurostat show that the use of AI systems in companies is relatively low, it also reveals the existing inequalities between the different member countries of the European Union. If the average within Europe is 7%, some countries exceed this threshold.

Ireland (23%), Malta (19%), Finland (12%) and Denmark (11%) are the four countries where AI is used by at least one company in ten. At the bottom of the ranking, we find Cyprus (3%), Hungary (3%), Slovenia (3%) and Latvia (2%), only three companies out of a hundred use AI in these four states. France, on the other hand, is in the middle of the ranking, accompanied by countries like Estonia, Croatia, Luxembourg or the Netherlands with 6% of companies using AI.

If we take each of the four systems: