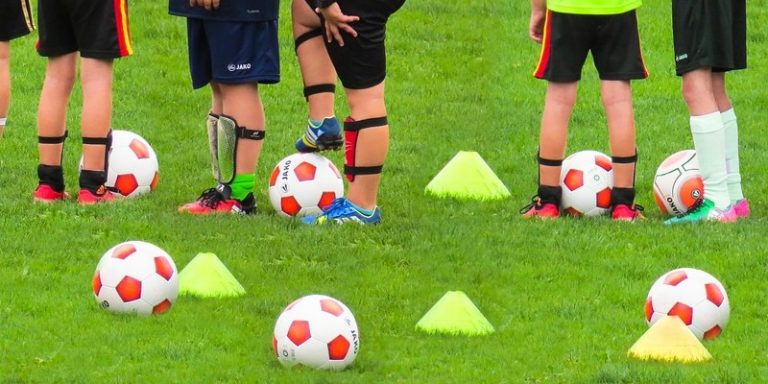 The use of artificial intelligence technologies in football, and more generally in sport, is growing by the day. This topic will be featured in the next issue of our magazine. Today, we’re going to take a look at a real-life test. Indeed, a recruitment session with a view to playing for one of the clubs of American high schools or universities has been organized in Madrid. The particularity of this “casting” lies in the use of AI to analyze the behavior of the players.

The development of footballer “detections” has grown enormously since the beginning of the COVID-19 pandemic. Restrictions on travel, attendance at training sessions and official matches have accelerated the need for clubs to look at remote recruitment using artificial intelligence.

The aim of the scouting sessions is simple: to find talent in boys and girls aged between 14 and 18. Previously, recruiting managers were invited to attend such screening sessions, but it is now much more difficult to make the trip. Recruiting officers at U.S. colleges and universities with competitive teams monitor the process remotely but closely.

The recruiting session to be held on May 1 is part of the first phase of an ambitious project. It is a full-scale test of the benefits of artificial intelligence in finding the professional footballers of tomorrow. A broadcasting platform called VEO will make it possible to broadcast all the exercises carried out by the players in the framework of this selection.

This tool will allow all scouts to have direct access to the video stream and especially to all the players’ data provided by the AI. The VEO Cams will be cameras with built-in AI that will allow scouts or coaches to select parts of the field or to focus the camera on the movement of a single player. At the same time, players will also have access to a video of their best moves, which could provide these young footballers with a digital portfolio of their skills.

Each player will have a complete technical file after this recruitment session. It is also planned to implement a GPS in the shin pads, cleats or through a brace to be placed on the ankle called “Play-Maker”. A lot of information will be collected in order to know more about the player: distance covered, number of passes, number of accelerations, speed, activity zone, etc.

Clubs in Major League Soccer (MLS), the American league, and Liga MX, the Mexican league, are already using this technology for their professional teams. In terms of recruitment, this system coupled with video could increase the chances of young players being able to fly to North America one day.

Many teams are now using artificial intelligence for recruitment. In the world of football, it has been used by Liverpool Football Club and, in France, by Toulouse Football Club. But its uses are not limited to simple recruitment, other facets of its application will be discovered in the next issue of our magazine.