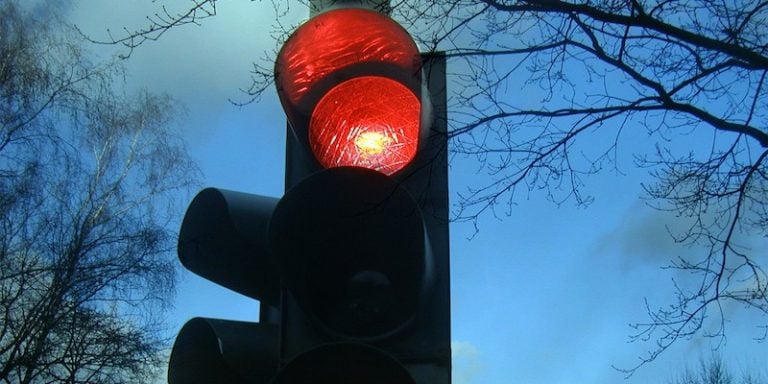 Waiting at a traffic light because it’s red when no cars are in sight may seem stupid, but the driver has to do it if he doesn’t want to break the traffic law and possibly get fined. The gasoline consumed during this wait may seem negligible but it contributes to the greenhouse effect, which is why Google has created a system based on artificial intelligence to reduce the waiting time and theCO2rate by 10 to 20%.

In its 6th report published this summer, the IPCC (Intergovernmental Panel on Climate Change, a group of 195 countries) warned of climate change caused by human activity.CO2 levels are at their highest level ever and without an immediate and large-scale reduction in greenhouse gas emissions, the goal of limiting global warming to 1.5 degrees by 2050 will be out of reach. On the other hand, ifCO2 levels were close to zero, we could expect warming to be less than 1.5 by the end of the 21st century. The transport sector is responsible for 25% of greenhouse gases.

Google has indicated that it wants to participate in this environmental issue by using artificial intelligence to reduce pollution in our cities by making traffic flow more smoothly. In October, the company announced that it was working on a system that would eliminate unnecessary waiting at traffic lights. This project, which would predict traffic conditions and coordinate traffic lights more efficiently, has already been tested and the first trials are conclusive, according to Google.

Apple Plans was the first to display traffic lights, Google added this feature in its mapping service last year and a traffic prediction process, thanks to the algorithms of DeepMind, its subsidiary specialized in artificial intelligence.

Google did not specify the data it used to make this new system but it certainly relied on the traffic prediction process. The first tests took place in four Israeli cities and resulted in a 10-20% reduction in waiting time and fuel use. The next tests will take place in Rio de Janeiro and other cities are interested in the project. Kate Brandt, head of sustainability at Google, said:

“These are only preliminary results, but they are encouraging.”

Google is launching a green navigation feature in the US: Google Maps will decide on the leastCO2-emitting route by taking into account traffic, terrain relief. At the same time, it will be able to suggest a faster or shorter route. If the ecological route does not take longer than the fastest of the other possible routes, it will display it by default. If not, it will simply propose it in addition and it will be up to the drivers to decide on the choice of route. Google states:

“According to our estimates, this new navigation option could reduce annualCO2 emissions by more than one million tons, the equivalent of 200,000 fewer cars on the road.”