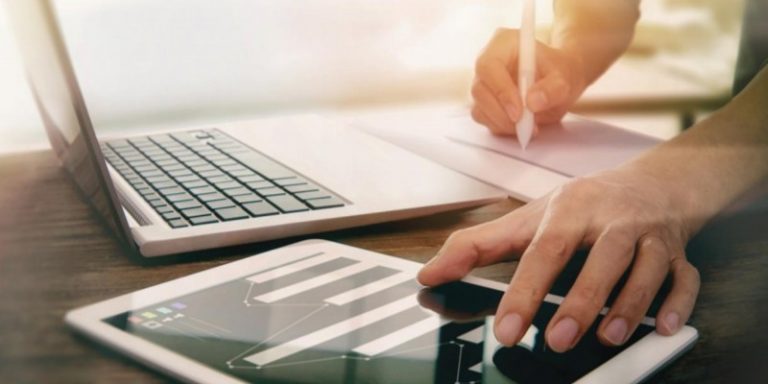 Kantar Public, a research and consulting firm specializing in public policy services, conducted a survey on data-related jobs, in partnership with the École supérieure des sciences économiques et commerciales (ESSEC). Between March 25 and April 21, 2021, 104 managers of human resources or digital activities of large French companies were interviewed online on behalf of the Mission Numérique Gouvernementale des Grands Groupes (Government Digital Mission for Large Groups) led by Secretary of State Cédric O. Several topics were addressed, such as the place of data in the company, recruitment or training in the data professions.

A survey that looks at the future of data

As part of the survey conducted by Kantar Public and ESSEC, a report was published on the future of the data professions as seen by the major French groups. 104 people from the data or digital sector representing 81 major French groups, the majority of which are listed on the CAC 40, answered the questions asked by these two organisations. The study is part of the Mission Numérique Gouvernementale des Grands Groupes carried by Cédric O, Secretary of State, who expressed himself around the work done around the subject:

“I would like to welcome the first work of the Government Digital Mission for Large Groups Transformation, which delivers an unprecedented panorama on the challenges facing companies in the field of data. Whether you are a start-up or a large company, mastering data and having access to the best talent is a guarantee of competitiveness. That’s why since 2017, the Government has put a boost on training for jobs in the digital sector, which is an essential pillar of French economic vitality. Thanks to schemes such as the Grande École du Numérique, France plans to offer 10,000 new entrants to training in digital professions by 2022.”

The first part of the dossier highlights the place of data in major French groups. One out of two companies mentioned that data was very important or central to their business, and 30% of them feel more advanced in terms of data than their competitors.

Managers were then asked to rate their company’s progress in several data-related areas from 1 to 5. On average, scores ranged from 3 to 3.3/5 on topics around data analysis, data collection, data aggregation and data governance. 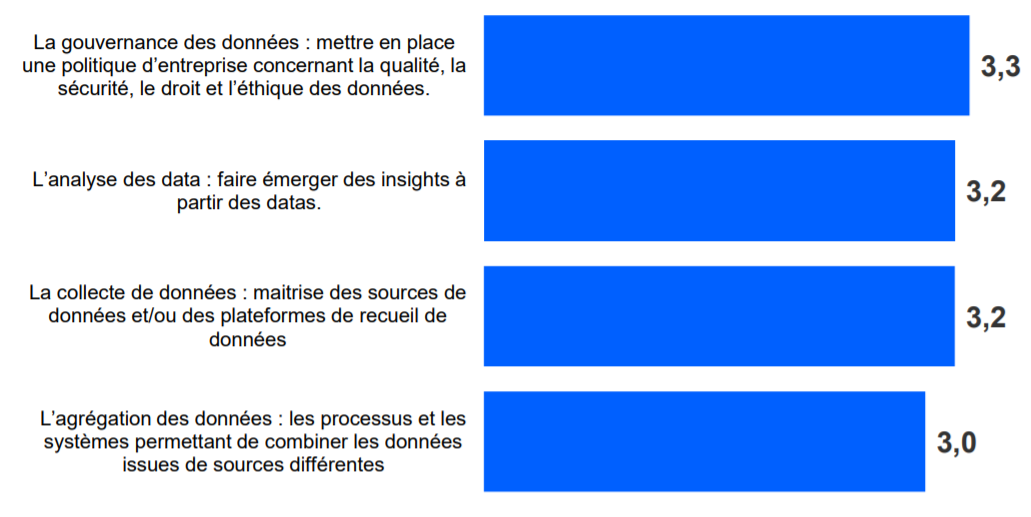 The document provided by Kantar Public and ESSEC deals at length with data jobs. Company managers answered a large number of questions, here are a few that summarize the main results of the study: 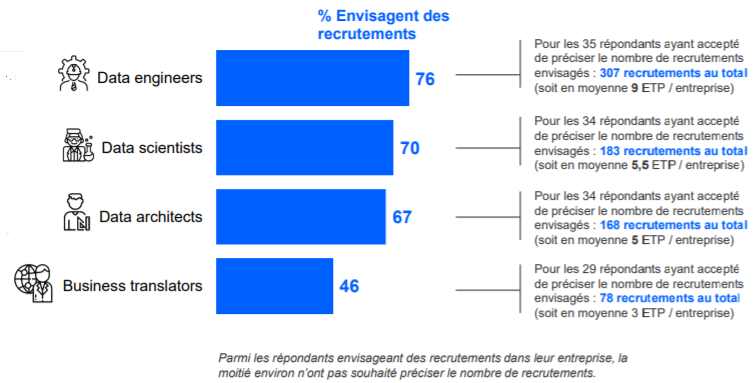 Which profiles are sought after for data jobs?

One of the first criteria mentioned in the recruitment of personnel by French companies in the data professions is nationality. Between 53% and 60% of them are rather in favour of recruiting in France than abroad, even if they are not closed to it. This result correlates with a question about the soft skills of candidates: on a scale of 1 to 5, mastery of French is the most appreciated skill with a score of 3.9/5, on a par with computer, theoretical and mathematical knowledge of data.

The European Union (46%) tops the list of places of origin of foreigners recruited by major French groups, followed by the Maghreb countries (43%), China and India (21% each). One company in three is more likely to recruit abroad than in France.

Recruiters prefer experienced profiles for data architect positions. For other positions, the profiles are more diversified and both juniors and seniors are more or less favoured by companies. Nevertheless, the overwhelming majority of companies want to recruit at Master’s level (5 years of higher education). For data scientists, one out of four companies favours doctoral candidates (PhD, Bac +8).

Guillaume Chevillon, Professor of Econometrics and Statistics at ESSEC Business School, gave his analysis of the study’s results:

“The major French groups deplore the lack of hybrid skills in France, between data and business, between hard and soft skills. This is a call to strengthen the training courses combining data science, humanities, social sciences and management that have been developed in recent years through alliances between universities, engineering schools and business schools. The biggest obstacle to growth does not seem to be the shortage of data scientists, but the lack of leaders trained in data science and artificial intelligence.”