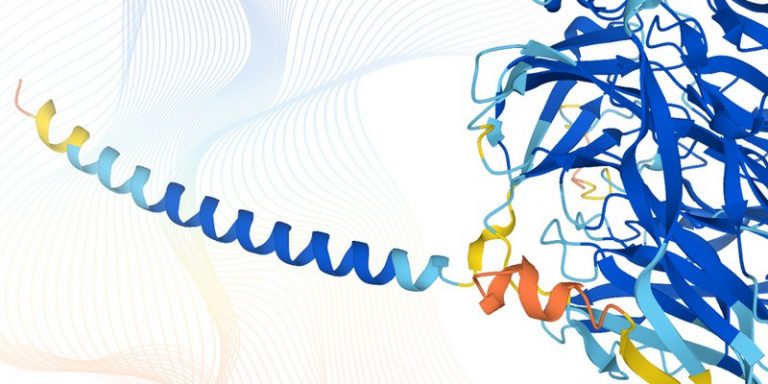 DeepMind, a technology company and subsidiary of Google, has announced its collaboration with the European Molecular Biology Laboratory (EMBL) with the aim of providing the most complete and accurate database possible on human protein structures. NamedAlphaFold , it should allow the implementation of research projects that will advance the understanding of the building blocks of life. It will be freely available to the scientific community.

The second version of a complete database of all human proteins

In December 2020, the AI techniques exploited by the first version ofAlphaFold had been praised by the Critical Assessment of protein Structure Prediction (CASP), an organization whose goal is to exploit all conceivable methods to identify all protein sequences and structures. The solution proposed by EMBL and Deepmind was considered a major solution to the great challenge of protein structure prediction.

Last week, the methodology behind the latest version ofAlphaFold, as well as the sophisticated AI system announced last December that powers these structure predictions, and its open source code were released. A publication that coincides with a second paper that provides the most complete picture of the human proteome. These two papers represent a huge advance in the world of protein science.

“Our goal at DeepMind has always been to develop AI and then use it as a tool to help accelerate the pace of scientific discovery itself, advancing our understanding of the world around us. We used AlphaFold

to generate the most complete and accurate picture of the human proteome. We believe this represents the most significant contribution AI has made to the advancement of scientific knowledge to date and is a great example of the kinds of benefits AI can bring to society.”

“Making AlphaFold predictions available to the international scientific community opens up many new avenues of research, from neglected diseases to new enzymes for biotechnology and everything in between. This is a great new scientific tool that complements existing technologies, and will allow us to push the boundaries of our understanding of the world.”

In addition to the human proteome, the database consists of approximately 350,000 structures, including 20 biologically significant organisms such as E. coli, fruit fly, mouse, zebrafish, malaria parasite and tuberculosis bacteria. These structures will allow researchers in a wide variety of fields, such as neuroscience or medicine, to accelerate their work.

Thanks to artificial intelligence, AlphaFold is able to predict the shape of a protein by computer from its amino acid sequence in a few months, rather than by trying to determine it experimentally: a method that takes several years, requires meticulousness, and is often costly and laborious. EMBL Director General Edith Heard states:

“The AlphaFold database is a perfect example of the virtuous circle of open science. AlphaFold was trained using data from public resources built by the scientific community, so it makes sense that its predictions are public. The open and free sharing of AlphaFold predictions will enable researchers around the world to gain new knowledge and stimulate discovery. I believeAlphaFold

is truly a revolution for the life sciences, just as genomics was decades ago, and I’m very proud that EMBL was able to help DeepMind make this remarkable resource freely available.”
The database and artificial intelligence system provide structured biologists with powerful new tools to examine the three-dimensional structure of a protein and offer a range of data that could unlock future advances and herald a new era for AI-based biology.

In the future, the database and AI system will be periodically updated as it goes along according to DeepMind. Over the next few months, the Google subsidiary plans to cover nearly every sequenced protein known to science – over 100 million structures.