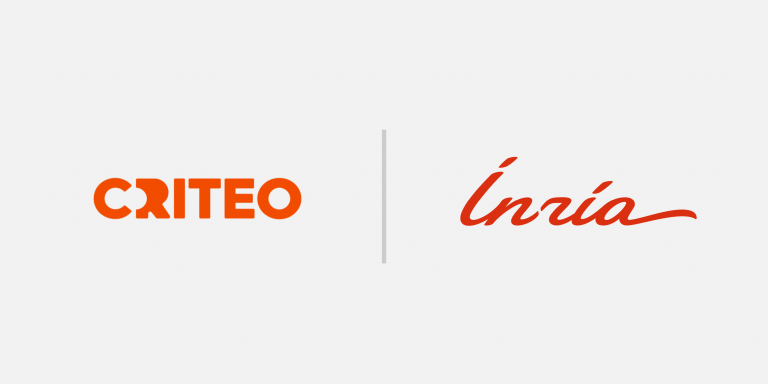 On March 31, Criteo, the global technology company that provides the world’s first Commerce Media Platform, announced a five-year research partnership between the Criteo AI Lab and Inria (the French National Institute for Research in Digital Science and Technology). This partnership covers all future collaborations between Criteo and Inria on artificial intelligence (AI).

Founded in 2005 by Jean-Baptiste Rudelle, Franck Le Ouay and Romain Nicolli, Criteo is a company specializing in retargeting (ad retargeting, an online marketing technique for targeting visitors to a website or web page. It created in June 2018, the Criteo AI Lab, currently composed of 60 engineers and 30 researchers, a center of excellence in deep learning and AI research that explores the global-scale impact of AI on advertising and commerce. Its research is published in various public forums and it develops open source tools.

The lab aims to deepen academic and industrial research. Its teams collaborate with prestigious public academic institutions, such as CNRS or INRIA, thus creating bridges between the private and public sectors. In addition, Criteo funds internships, PhDs and postdoctoral research to prepare the next generation of researchers.

Criteo AI Lab and Inria share a common vision of open research at the highest academic level, anchored in industrial issues, in order to develop ethical data management tools and make them accessible to the research community and to companies.

To study the impact of AI on the design of transparent and fair marketplaces, a joint project-team, FAIRPLAY, led by Vianney Perchet, senior researcher at Criteo, researcher at CREST and professor at ENSAE, and Patrick Loiseau, Inria researcher, has been created. This research team, hosted both at CREST, a CNRS-ENSAE-ENSAI-Ecole Polytechnique joint research unit, and at Criteo, is composed of five academic researchers (Inria, ENSAE and Ecole Polytechnique) and four researchers and engineers from Criteo.

It will address various issues, in particular

These issues are of paramount importance for Criteo, which, as an organizer of advertising marketplaces, uses AI-based automatic systems for its ad buyers and sellers. The FAIRPLAY team’s work will also focus on ethical and trusted AI and will be communicated in leading scientific journals and conferences, the developed code will be shared as open source.

For Inria, this partnership with Criteo is part of the framework, initiated in 2018, of strengthening strategic agreements with French companies. After Naval Group, EDF and Total Energie, Criteo is the 4th company with which Inria is creating a joint project team.

“This partnership is a new embodiment of what has driven Inria for over fifty years: scientific excellence and economic impact. As coordinator of the research component of the National Artificial Intelligence Plan, Inria is committed to accelerating France’s leadership in responsible AI. We are pleased to work with Criteo to achieve this ambition.”

For Criteo, this collaboration shows the willingness to develop open innovation with partners from both the private and public sectors, driven by the belief that collaboration between AI researchers from both ecosystems contributes to the effervescence of the field.

Romain Lerallut, VP Engineering and Director of the Criteo AI Lab, states for his part:

“Criteo’s research teams have always been involved in collaborations with academia and are pleased to start this partnership with Inria, a key player in public research in digital science and technology and therefore in artificial intelligence. With this partnership, Criteo continues its open research policy and wants to leverage this collaboration to address crucial issues raised by AI, such as trust, fairness, and privacy.”

Criteo AI Lab and Inria are ranked first in the European Union, respectively in the category of private labs and academic institutions, for the volume of their publications in the most prestigious research conferences on AI.