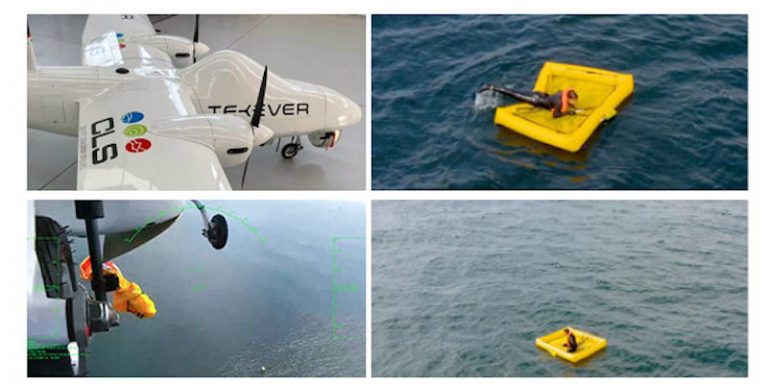 CLS, a CNES subsidiary, and its partner TEKEVER (REACT) have been awarded a contract by the European Maritime Safety Agency (EMSA) for maritime surveillance by drone. Their mission will be to monitor European waters by drone with the capacity to rescue people in peril.

This new contract of up to €30 million over 4 years is an extension of the previous drone contract established in 2018. The CLS drones, developed in collaboration with TEKEVER, will be in charge of surveillance and maritime safety in European waters. They will also be equipped, and this is a novelty, with lifeboats that can rescue up to 8 people.

This unprecedented capacity will be activated by an artificial intelligence algorithm that will calculate the best moment to release the lifeboat when approaching the people to be rescued. 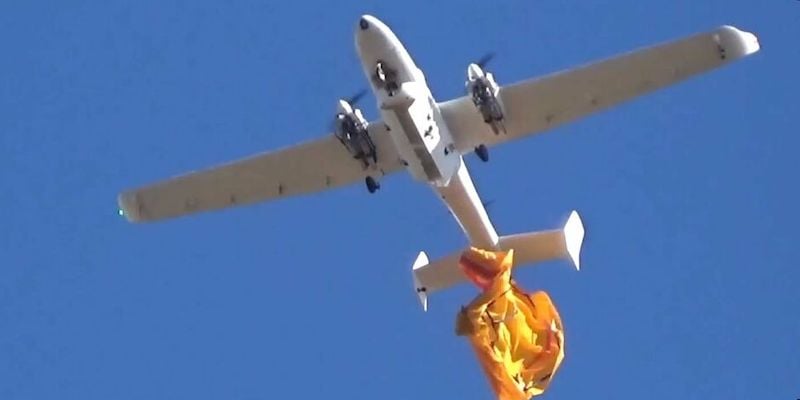 CLS and TEKEVER (REACT) have been collaborating for several years now and their drones have logged nearly 1200 flight hours and about 250 missions in only 4 years. Nadia Maaref, Director of Maritime Safety Applications at CLS, said in a statement:

“CLS has been involved in saving more than 50,000 lives in over 30 years of activity through our contract to operate the French COSPAS-SARSAT MCC (Mission Control Center). This experience has prompted us to offer EMSA support for the rescue missions of the Member States’ coastguards. Since 2017, we have been using our drones in missions commissioned by many European actors. When it comes to fighting illegal fishing, trafficking or pollution, the drone is an essential complementary tool to the satellite services we provide to maritime authorities.

With this new capability, our UAVs complete the arsenal of surveillance at sea that we offer. We are very proud to serve a European body such as EMSA, which is at the cutting edge of technology. This renewed trust is a guarantee of the vanguard and our solutions and the seriousness of our operations.”

For his part, Ricardo Mendes, CEO of TEKEVER, said in a statement:

“We have successfully tested the new Lifesaver capability of the TEKEVER AR5, deploying liferafts with very high precision in a fully automated process. This new capability, which will already be available in future contracts, allows us to provide a first response in emergency situations. For the first time, and beyond detecting people in distress, we can now do something immediately to help them. This is directly in line with our mission to make the sea safer.”