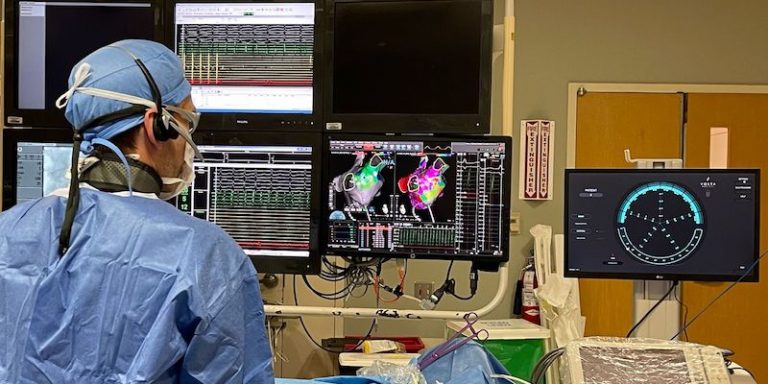 Volta Medical’s VX1 artificial intelligence software is currently being tested in 18 cardiology departments in several European countries, including Nantes where it is being evaluated on 344 patients for a period of one year. In the event of a confirmed or suspected cardiac arrhythmia, it should enable a rapid and accurate diagnosis. For cardiologists, this widespread disease is “a public health issue requiring ever earlier detection”.

Nearly one million French people suffer from cardiac arrhythmia. This pathology is an abnormality of the heart rate. We speak of bradycardia when the heart beats too slowly and tachycardia if it beats too fast or irregularly. Some forms of arrhythmia cause mild symptoms, but others are more serious, affecting blood supply and, if left untreated, can lead to stroke, heart attack, heart failure or sudden death. 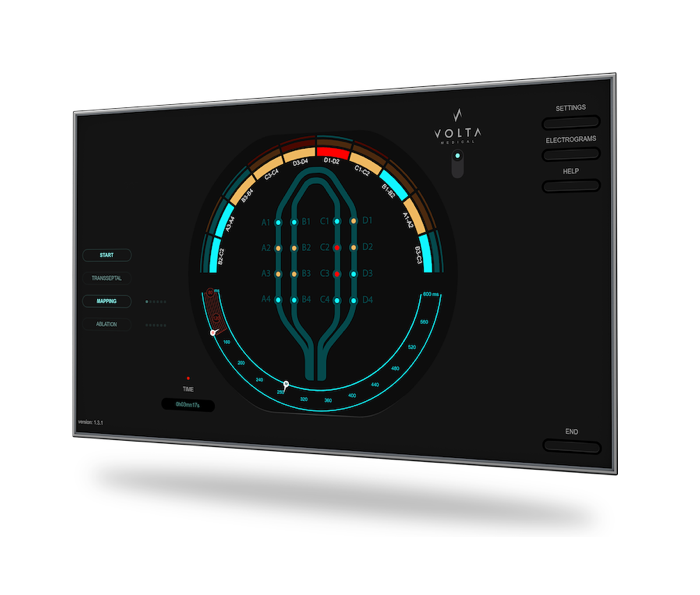 This highlights the importance of early detection and treatment. For the moment, cardiologists have at their disposal the electrocardiogram to reveal the disease. The VX1 software will go much further: it will target the diseased areas and establish the degree of severity zone by zone. It is the work of the Marseille-based startup Volta medical, created in 2016. To develop it, the startup has listed hundreds of thousands of anomalous cardiac electrical signals. Its objective is to help the cardiologist to treat even more effectively the atrial fibrillation by avoiding in particular the specialist to have to interpret alone the incalculable number of lines which are posted on the screen.

The VX1 software uses different coloured circles and a catheter to distinguish between diseased, healthy and other cells. Volta Medical, co-founded by three cardiologists and an engineer, is still in the testing phase but hopes to be able to verify the effectiveness of the device over time by 2023. The results seem promising and could help the millions of people in the world suffering from this pathology.