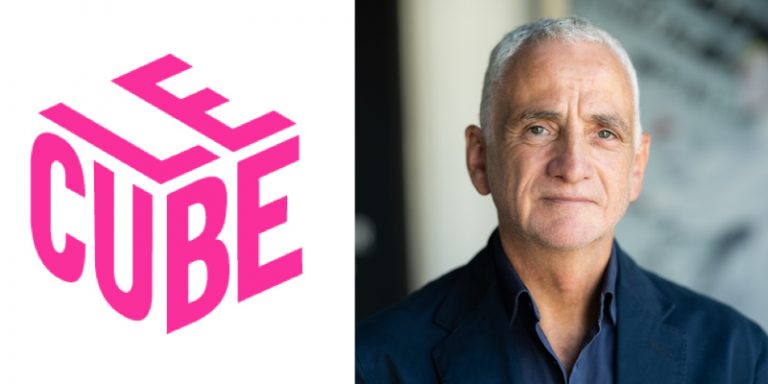 Twenty years ago, Le Cube was born, an association dedicated to digital creation and training. From the outset, it has skilfully blended digital creation, training in new practices, education and also reflection on societal issues, serving the public and businesses. Preparing for, reinventing and innovating, yes, but also collectively appropriating the potential of digital technology. Because the essence of Le Cube is to share, to actively participate in the creation of an innovative environment to better adapt to the world to come. Twenty years later, Le Cube celebrated its anniversary with a guest of honour: artificial intelligence. Nils Aziosmanoff, President of Le Cube, was kind enough to answer our questions.

1- The Cube is celebrating its 20th anniversary: can you tell us about its raison d’être and its highlights?

Le Cube’s primary purpose is to support artists who take risks by exploring new creative avenues. New technologies are renewing modes of creation and this paradigm shift invites us to “create new ways of creating”, to imagine new ways of imagining. These new forms invite us to live new experiences, they open our imaginations, heighten our senses and amplify our relationship with the world.

“More than 4,000 artists from the international scene have been promoted at the Cube and more than 400 productions supported, some of which have toured the world.”

The second reason for Le Cube’s existence lies in our approach to educational innovation, when, for example, each year we carry out projects involving more than 150 children with authors, artists, designers, coders or even anthropologists, around an innovative creation. These interdisciplinary and inter-generational programmes explore other ways of “doing and being together”, and have led to some extraordinary projects, such as the participation in the design of the Lunii “story factory”, which has been a great success for several years.

Finally, the third reason for Le Cube’s existence is to host public debates such as Le Rendez-vous des Futurs, more than 160 online programs that invite personalities from all walks of life to express their vision of the major contemporary issues. The media now show us all the realities of the world, and the question is no longer how they are represented but how they are confronted. This is why we need to invent spaces for mediation, dialogue, listening and otherness, far from the spectacle of the big media and the conspiracy mongering of social networks. We were able to experience intense moments such as during the programme with the economist Jeremy Rifkin, one of the great instigators of the digital transition and the green new deal.

2- You have chosen to celebrate this anniversary with a special program on artificial intelligence, why?

Although invisible, AI is omnipresent in our lives, nestled in our smartphones, cars and everyday objects. It transforms most of our jobs by performing certain tasks much better than we do. To function, it uses huge deposits of data that it analyzes and correlates, it thus amplifies the objectification of reality and assists us in a personalized way in many areas. But these achievements raise many ethical questions, such as the risks of alienation linked to addictions, disinformation or cognitive manipulation.

On a more philosophical level, the question is “what happens to our humanity in the face of algorithmic intelligence”? What remains of our creativity when our new “cognitive externalities” are capable of making decisions by themselves, and assist us in everything? What meaning can we give to these existential GPS? This anthropological rupture invites us to rethink our relationship to ourselves, to others and more broadly to the world.

“AI is a fantastic tool, but it can lead to a two-speed society, with on the one hand the “augmented humans”, which is what the transhumanist dream is based on, and on the other hand the cyber-excluded, the downgraded of the knowledge economy”.

It is therefore necessary to include all citizens in this process of transformation, the vitality and even the future of democracy depend on it. Otherwise, we will increase exclusion, as in the case of illiteracy, which affects almost one person in five, and which will give rise to extremism. This is why we have chosen AI as the main theme of the Cube’s 20th anniversary programme. This “guest of honour” gives meaning to the celebration: by appropriating AI, the digital arts open us up to the challenges of the 21st century.

3- What is your conviction about AI?

The question for me is not whether it should exist or not, but how to put it at the service of the common good. It should not be a black box in the hands of a few elites, but should be put at the service of education, solidarity, ecology, creativity…, all subjects that need to be deeply rethought in a more complex world and in the face of great challenges.

“AI is what we will make of it, it is a civic, political and ethical choice.”

4- How to awaken children to AI from an early age? And how does The Cube go about it?

Children need to understand that they will share their lives with “artificial creatures”, in all areas. Whether in the form of a conversational agent in an application, a virtual character in a video game, an industrial robot or a “smart coffee maker”, we are increasingly living in connected, relational and even emotional environments. We must therefore learn to distinguish the real from the artificial, the human from the code, the empathy from the personalization algorithm.

Le Cube creates training courses to awaken critical thinking around these issues. The aim is both to demystify technology, for example by understanding how a computer program works, and to motivate creative research by exploiting the potential of digital technology.

5/ What is the latest breakthrough in AI that has blown you away?

The most spectacular thing for me is the global rise of AI in all fields! Its use in science and innovation is making fabulous leaps in energy, food production, mobility, health, security, information, creative industries, etc., nothing escapes this tsunami. New professions are emerging, such as data science, neuroscience, cognitive design and e-sports. China and the United States are leading the way on subjects as strategic as quantum computing, autonomous weapons and biotechnologies.

These spectacular advances raise the question of what we will do with them collectively, for what purpose, for what leap in consciousness? Because the real challenges are in the preservation of biodiversity, health, equality and inclusion. AI must help us solve technical problems, but it must also allow us to make progress on the human level, otherwise there will be no real progress, we will only accelerate the debacle. 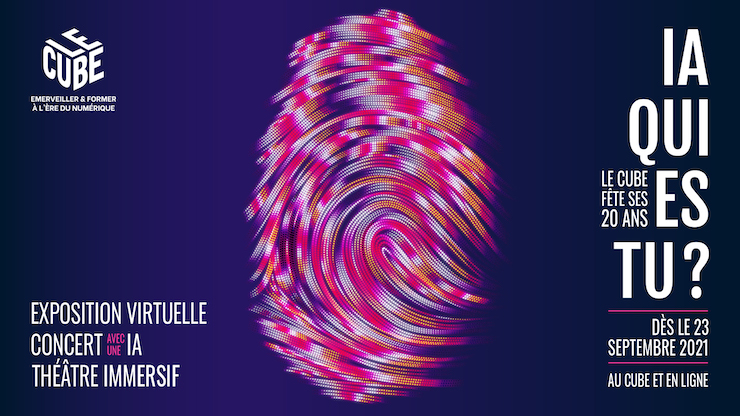