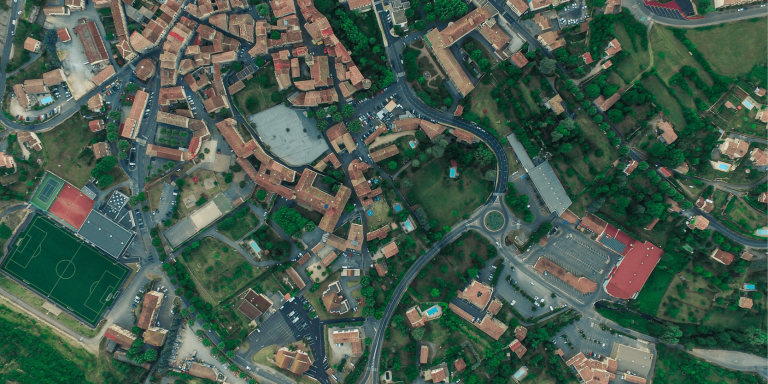 In order to fight against irregularities in the declaration of buildings, the DGFIP (Direction Générale des Finances Publiques) has launched the “Innovative Property Tax” project, the experimentation of which has so far focused on the detection of swimming pools in 9 metropolitan departments. More than 20,000 untaxed swimming pools have been identified. Given this conclusive result, the DGFIP has decided to extend the system to all metropolitan departments this year and to overseas territories, particularly Reunion Island, as of 2023.

The “Innovative Land Tenure” project is based on AI and the use of data from IGN aerial photographs.

For this experiment, the algorithm cross-referenced aerial images and cartographic data from the IGN (available at https://www.geoportail.gouv.fr/) with taxpayers’ declarations made to the urban planning and tax authorities. He was then able to point out the swimming pools that did not appear in the tax files. A tax agent then checked the results to see if the pool was subject to declaration or not.

Capgemini is providing project management assistance and project management for the system, while Google is providing the cloud infrastructure and its services for the development of AI models based on open source technology bricks. These partners are only involved during the development and construction of the solutions. The tax authority thus retains full control over the operations of evolutionary maintenance and exploitation of developments, as is already the case for all its IT infrastructures and most of its applications.

The owners of the 20,000 undeclared pools received a letter from the tax authorities asking them to indicate the surface area and the date of completion of the pool in order to establish the amount of the 2022 property tax.

More than 94% of the owners have confirmed that their pool is taxable, which represents nearly €10 million in additional revenue for the municipalities concerned for the year 2022 alone:

A 24 M€ device made profitable

The investment for this project is 24 M€ for the years 2021 to 2023, it will allow to finance not only the identification of the buildings and swimming pools not or incorrectly taxed but also to represent the contours of the buildings on the cadastral plan.

This global cost takes into account the operating and investment expenses, in particular the expenses of training and personnel recruited by the DGFiP and assigned to the project.

Based on the results obtained in 9 departments for the sole use case of swimming pool detection (which represents nearly 20% of taxed swimming pools in metropolitan France), the gains in direct local taxes should reach nearly €40 million in 2023.

An experiment is already underway to detect undeclared or incorrectly taxed buildings.

The experimentation in Reunion Island is announced for 2023 but raises controversies about its reliability in view of the island’s relief and the lack of surveyors to verify the results of the system.

For Magalie Billard, departmental secretary of the Solidaires Finances Publiques union, although equipped with AI, the software is not immune to error.

“The mountainous relief of Reunion, plus a high population density means that photos are necessarily much more approximate. It is also difficult on the approximation of distances, a photo on a mountain is not at all like a photo on the flat.

According to the union, during the test phase, the errors concerned 3 to 4 pools out of 10. For Magalie Billard, there are nearly 117 surveyor positions missing.

“It is absolutely necessary to have trained people, it is not the software that will replace the human being, it can only be an additional tool “