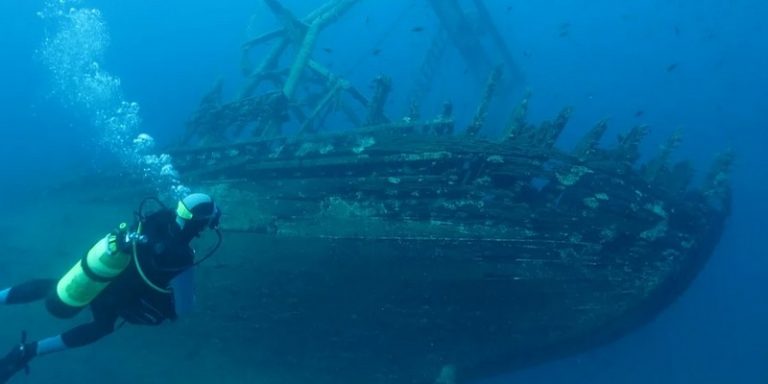 Leila Character, a doctoral student in geography at the University of Texas at Austin, has developed an AI model capable of recognizing wrecks on the seafloor. The system uses photographs taken by ships and aerial images to identify underwater debris. This project was made possible through the collaboration of the Underwater Archaeology Subdivision of the US Navy.

A research project to help underwater archaeology with artificial intelligence

The model was the subject of a publication written by Agustin Ortiz of the US Navy’s Marine Archaeology Branch, Sheryl Luzzadder-Beach, Tim Beach, and Leila Character of the Department of Geography and Environment at the University of Texas at Austin. The latter is the lead author of the study.

The research project designed an AI-based system capable of locating shipwrecks from surface and aerial photographs of the ocean. This tool could be a major advance for underwater archaeology, a very complex field that requires considerable technical resources to learn more about the history of man at sea, and thus about wars, migrations, the daily life of certain peoples, etc.

The main step in creating the wreck model was to teach the computer what a wreck looks like so that it can distinguish between the topography of the sea floor and the archaeological remains that can be found underwater. So to train the model, the research team led by Leila Character tapped into the National Oceanic and Atmospheric Administration’s data records of known shipwrecks. These databases include both underwater and aerial photos.

The imagery used extends up to 23 kilometers off the coast, and reaches a depth of 85 meters. The NOAA data included tens of thousands of images of all kinds of the ocean floor, including sonar and lidar imagery. Samples with little wreckage were fed into the system so that it could distinguish between archaeological treasures and a “normal” seafloor.

According to experts, the computer model is 92% accurate in identifying known wrecks.

The goal of designing a customizable AI model for archaeology

Next, the researchers would like to include more data on wrecks from around the world in the model, and for good reason, the project has only focused on the sides of the United States and those in Puerto Rico. In addition, they would like the US Navy’s Underwater Archaeology Subdivision to dive underwater at locations where the system has identified new wrecks to verify the accuracy of the model.

The concept is not limited to the underwater world and it is entirely possible to change the databases provided to the AI to transpose the system to other types of generic structures. All that is required is images of a surface. Of course, the US Navy would like to use the model to find wrecks of military vessels, but also civilian boats that have recently disappeared.