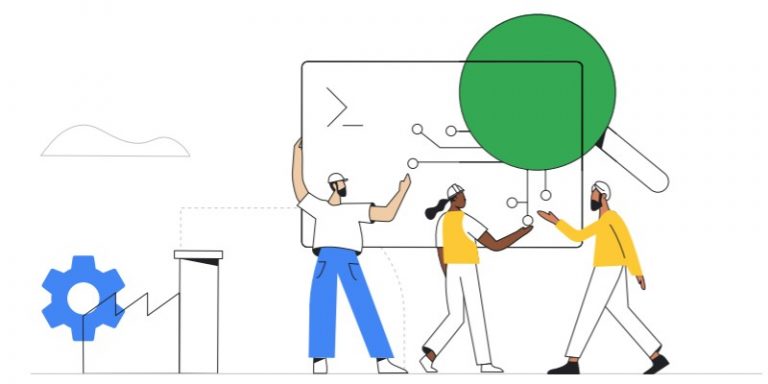 Google Cloud conducted a surveyof 1,000 executives in industry around the acceleration of AI integration in the industry. The survey indicates a significant increase in the use of AI and digital tools by industry professionals following the COVID-19 pandemic. However, it also shows that only one in five companies have concrete and active initiatives in place for their production around artificial intelligence.

The adoption of artificial intelligence in industry

Germany, Italy, Japan, South Korea, the United Kingdom, the United States and France are the seven countries that were scrutinized by Google Cloud teams in a survey on the arrival of AI and digital tools in industry. The first finding by the Google subsidiary shows that AI adoption is accelerating among manufacturers: 76% of industry professionals have turned to disruptive technologies such as AI, data analytics and the cloud to help them cope with the pandemic.

A survey highlights, in each country, the use of AI by manufacturers in day-to-day operations in the industry sector. France is above the global average (71% vs 64%). Italy is most concerned with this daily use (80%) while the two Asian countries involved have only one in two companies leveraging AI in their daily operations.

Among the daily and frequent operations leveraging AI, these are aimed at providing business continuity assistance (at 38%), assisting employees to increase their efficiency (also at 38%) and supporting the overall working environment of employees (at 34%). Their use tends to improve in three sectors: metal (75%), industrial assembly (72%) and heavy machinery (69%).

France is relatively well represented in cloud and multicloud strategies

According to the Google survey, the majority (at 71%) of manufacturers (compared to 76% globally) have turned to technologies such as AI, data analytics and the cloud to address the pandemic. As can be seen in the diagram below, 46% of French companies have implemented a cloud strategy, which puts them in second place among the countries surveyed. In addition, 12% have adopted a multi-cloud strategy.